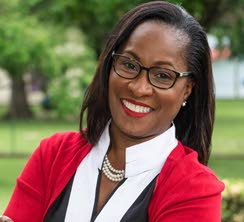 She welcomed signals by Government to include the private sector even more in national development and said the pandemic underscores the need for a better structured economy going forward.

Referring to comments made by Finance Minister Colm Imbert about food prices during and after his 2022 budget presentation in the House of Representatives on Monday, Attz questioned Trinidad and Tobago’s ability to meet UN Sustaimable Development Goal (SDG) Number Two, on food security.

While all of this could be passed on to consumers through higher food prices, Attz said, “There is an opportunity for us having a conversation around food prices…to have a meaningful conversation about agriculture.”

Imbert also observed incorrect comments by some people about certain foods which were not VAT-free. As an example, he said corned beef is the only canned meat which does not attract VAT.

Attz welcomed fiscal measures aimed at encouraging greater private-sector investment and involvement in national development. She referred to the reduction in the tax rate to encourage development in manufacturing as an example.

“Government can’t be all things to all persons.”

Reiterating there must be meaningful steps to improve the ease of doing business in TT, Attz said the measures announced by Imbert could set the stage for this.

While welcoming aid to help small and medium enterprises (SMEs) recover from the economic effects of the covid19 pandemic, Attz suggested a clearer definition of the types of SMEs be done. She said this could help create an architecture tailored to suit the needs of the small to large businesses within this broad category.

Attz was uncertain whether TT or the rest of the world is seeing any light at the end of the tunnel just yet where the pandemic is concerned.

She said there needs to be ashift away from the traditional heavy reliance of the economy on the energy sector. She added the economy which should be developed is a covid19-adjusted one.

UWI International Relations Institute lecturer Dave Seeratan said Government’s development plans pre-2020 would have had to be altered as as result of covid19. He also said Government did not have an option besides borrowing in order to help keep the economy on an even keel during the pandemic.

While TT has better fiscal space to operate within compared to other countries in the region. Seeratan said careful planning is necessary with respect to revenues and expenditure going forward.