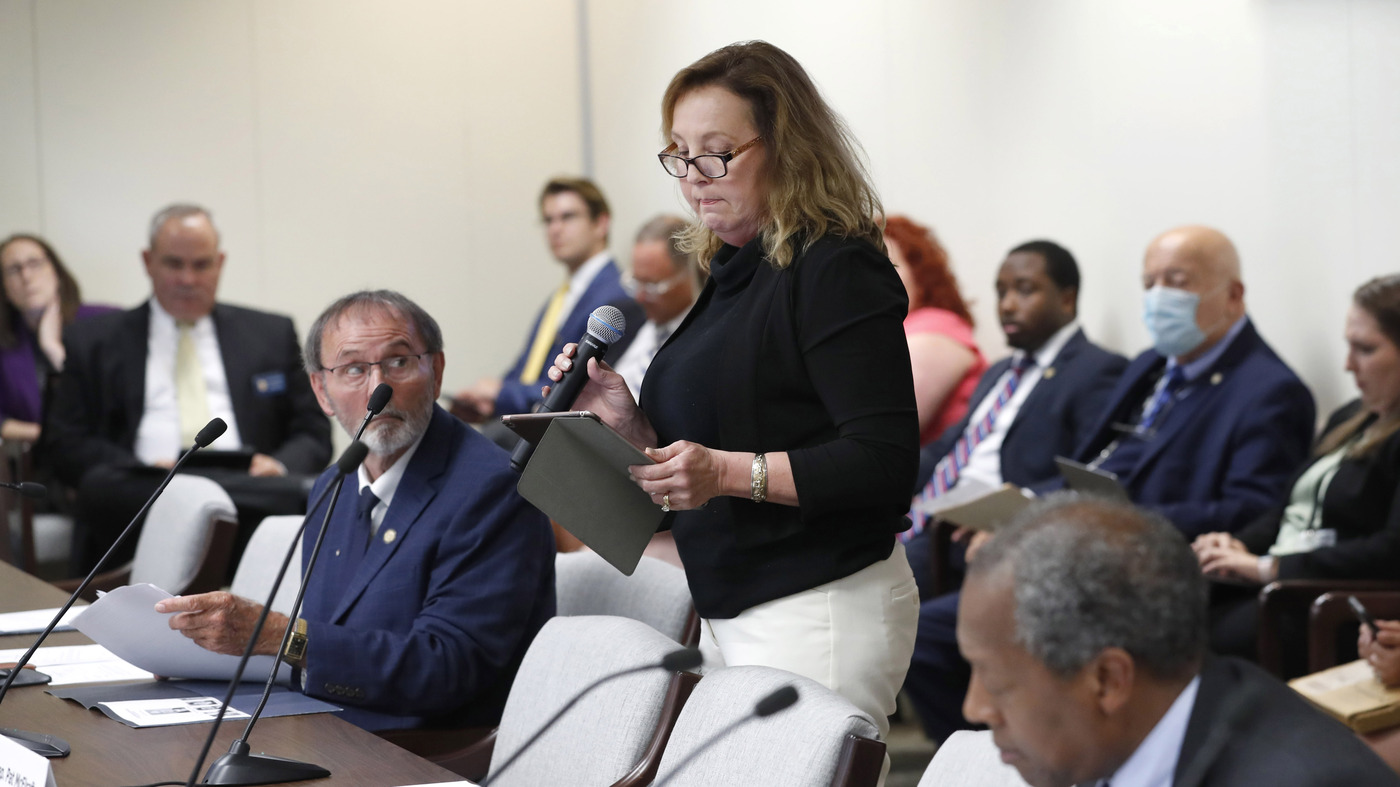 Judy Wiegand, who was married when she was 13, speaks in favor of Senate Bill 35, which would raise the minimum age to be married to 16.

Judy Wiegand, who was married when she was 13, speaks in favor of Senate Bill 35, which would raise the minimum age to be married to 16.

RALEIGH, N.C. — Known for its coastlines, mountains and the state that was “first in flight,” North Carolina has also developed a more dubious reputation recently: as a regional destination for adults who want to marry children.

State lawmakers are nearing passage of a bill that could dampen the state’s appeal as the go-to place to bring child brides — but would still leave it short of a national push to increase the age to 18. The proposed legislation would raise the minimum marriage age from 14 to 16 and limit the age difference between a 16-year-old and their spouse to four years.

“We will have moved the needle and made North Carolina no longer at the very bottom of the barrel of states,” said Drew Reisinger, the register of deeds in Buncombe County. But, he said, “we’re still going to be putting a lot of children in harm’s way.”

Reisinger said the county, which includes the popular tourist city of Asheville, is a destination for many adults and child brides from nearby states such as Georgia, Kentucky, South Carolina and Tennessee — all of which have raised the minimum marriage age in recent years.

Two-thirds of the marriage applications in Buncombe County last year that involved at least one person under 18 originated from people who lived outside of North Carolina, Reisinger said, noting that a 49-year-old man and 17-year-old girl recently came from Kentucky seeking a license.

“North Carolina is one of the friendliest states in the South to give them safe haven,” he remarked.

The state is currently one of 13 that allow children under 16 to wed, according to Unchained at Last, a nonprofit organization that advocates ending child and forced marriages in the U.S. Nine of those states have no set minimum age, the group says, relying instead on case law or a judge’s ruling.

Under current North Carolina law, children as young as 14 can get married if they become pregnant and if a judge allows it. Otherwise, children can wed as young as 16 with parental permission. Alaska is the only other state whose law expressly allows marriages as young as 14.

A study by the International Center for Research on Women, a research institute and rights group for women and children, estimates that nearly 8,800 minors were listed on marriage licenses in North Carolina from 2000-2015 — placing the state among the top five with child marriages during that period. The group said that 93% of the marriage applications it reviewed for the years 2000-2019 involved a marriage between a minor and an adult.

“It disrupts the notion that if child marriage happens, it is the Romeo-and-Juliet scenario of two 17-year-olds who just can’t wait to love each other,” said Lyric Thompson, one of the study’s co-authors.

But change has been slow in North Carolina, where some lawmakers still remain convinced that certain marriages involving a child are still acceptable.

“It’s a generational divide,” said Sen. Vickie Sawyer, a Davidson County Republican. “It was older members — both Democrat and Republicans — that had those personal stories of family members who had been married and it turned out OK.”

Sawyer sponsored a bill that would have raised the age to 18. Instead, a compromise measure that won unanimous support from the Senate in May and the House this week would raise the minimum marriage age to 16 with no exceptions, including pregnancy. And even those 16 or 17 would need parental permission or a judge’s decision that the marriage would “serve the best interest of an underage party.”

Rep. Kristin Baker of Cabarrus County, who helped shepherd the bill through the House, explained that “as a conservative Christian, I am a strong supporter of the sacrament of marriage.”

“As a child psychiatrist, I am determined to protect our vulnerable youth, enhancing their chances for healthy, happy futures,” she said. “I believe this bill works to achieve those ends.”

The bill’s proposed maximum age gap of four years partially mimics statutory rape laws that make it a serious felony for a minor to have sexual intercourse with someone who is significantly older. The legislation needs one more Senate vote before heading to Democratic Gov. Roy Cooper’s desk, probably this week, where it’s likely to be signed into law.

Unchained at Last and the International Center for Research on Women are among groups pushing states to raise the marriage age to 18, with no exceptions. Six states have reached that standard — most recently New York last month.

The groups have enlisted the help of former child brides including Judy Wiegand of Kentucky, who appeared before a North Carolina House committee in June to encourage legislators to change the law.

“It is the responsibility of the government to protect all of the children,” Wiegand told lawmakers. Wiegand was 13 when she and an older teenage boy — the father of her baby — married in the 1970s. She said that until she became an adult, the law left her largely unprotected against an abusive spouse.

Lobbyists working on changing the law say former child brides in North Carolina whom they have contacted remain too traumatized by their experiences to speak before legislators publicly. Women like Wiegand have filled in instead: “I’m speaking in favor of the bill because I feel nobody did it for me,” she said.

Another woman willing to speak out is Jean Fields, who in 1965, at age 15, married a man in his 20s. Fields had three children by the time she was 21. She eventually got divorced after what she said was years of her husband’s verbal abuse and belittlement.

Fields, now 72, goes by another married name but doesn’t want to disclose it to spare her extended family any anguish. In a phone interview, she said that after leaving her marriage, she raised her children, returned to school and has since owned two businesses. Despite her ultimate success, however, she discourages others from marrying young.

“I regret I never had the opportunity to be a teenager,” she said.