‘Billionaires are flying to space – why are we still struggling to open food jars?’ Company claims first major lid innovation in over 75 years 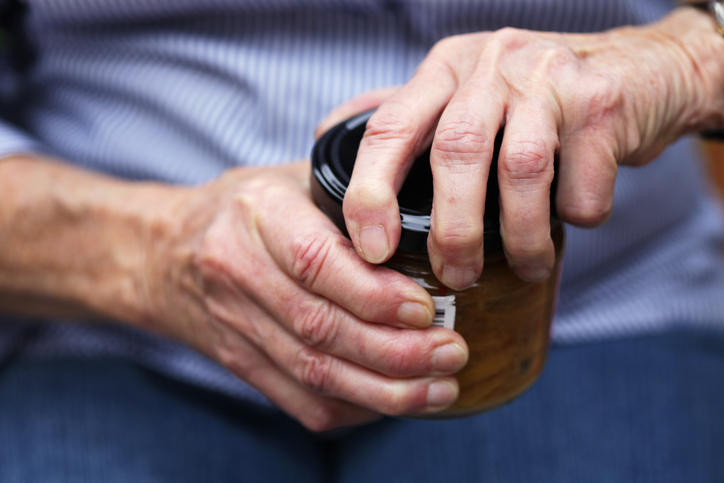 The patented lid allows consumers to open a jar by pressing a button on the lid which activates a tiny slit that releases the vacuum seal, dramatically reducing the effort needed to twist off the lid.

The company claims the product reduces the amount of torque needed to twist off a jar lid by more than 40%. After using it, the button can be pressed again to reclose the slit, so the product stays fresh and doesn’t spill.

The product was invented by Pete Stodd and James Bach, managing partner at CCT. Pete Stodd was previously president of Container Development, the company behind CDL can end (or incised ends), now used in 40% of the beverage cans manufactured worldwide. Stodd was approached by a friend who was struggling to open jars due to breast cancer, so he spent the next eight years developing the EEASY Lid.

The innovation took so long because the companay first tried to create a lug enclosure using steel. But this was liable to rust, requiring the use of often hazardous and harsh chemicals treatments to slow the degradation process – a detail also at odds with the increasing desire among manufacturers to use sustainable processes. That’s a box ticked by aluminium, however: it is lighter than steel – by about a third, according to the Aluminium Association, and is one of the most recycled – and most recyclable –  materials on the market today.

The company is based in the US but said it is working with grocery chains, private-label brands, national brands and co-packers to bring the product to the European market. CCT has the capability to produce roughly 800 aluminium lug lids per min – more than 250 million annually. They will be available in both continuous thread (which twist on and off) and lug (which screw on and off) versions and will work on any product that is vacuum sealed – such as pasta sauces, pickles, olives and jams.

Not just an age-old problem​

“The Easy Lid is a modern and sustainable jar that significantly reduces the effort needed to open and reapply the lid,”​ said Brandon Bach, CCT president. “Through our research we’ve found that nearly 50% of the market struggles to open jar lids. That’s a US figure but we’ve got to believe that this is the same worldwide.”​

That’s explained by ageing populations. For the first time in history, across the globe people aged over 65 now outnumber children under five, according to the UN. By the middle of this century, there will be more than twice as many. In Europe, the population of over 65s is expected to reach almost 150 million by 2050.

Jar opening can also be a problem for those dealing with health issues like arthritis, tendonitis, carpal tunnel or recovering from a surgical procedure. Bach claimed 19% of the US population has some sort of disability that impacts their grip strength. The problem of weak grip strength might be set to worsen as sedentary lifestyles rise. Findings published in the Journal of Hand Therapy​ claimed young adults in the United States – more used to mobile phones and keyboards than manual labour – are losing their grips. Researchers tested 237 of them and found that men aged 20 to 34 and women in their early 20s had significantly weaker hand grips than young people tested in 1985. Women in their late 20s were weaker in their right, but not left, hands. Another large study​ found that men with weak grips at midlife, ages 45 to 68, were more likely than men with strong grips to be disabled 25 years later.

As well as making jars easier to open, the innovation can expand market opportunities for manufacturers, said Bach.  The first use case of the lid boosted sales of a private label pasta sauce in Pennsylvania-based Boyer’s Food Markets by 341% over a 12-week period, he said.

Further product trials on a few hundred consumers of all ages revealed all of them found the lid easy to open, compared to 28% who found a traditional jar lid difficult to open. Nearly 90% said they would choose a product with the new EEASY Lid over one with a traditional jar lid.

“The results of the survey not only validate our years of research in creating a jar lid that is easy to open, but it shows consumers overwhelmingly prefer it,”​ Bach said. “With 87% of consumers saying they would purchase a product with the Eeasy Lid, we now have strong data that shows this innovation can influence choices at the grocery store and drive sales.”​

He added: “It’s time to bring this technology into the future. A colleague joked with me the other day that Richard Branson just flew to space; so why are will struggling to open jar lids.”​