‘Biodiversity is deeply rooted in what we do’: Ecotone’s mission to provide ‘better food for better nature’ 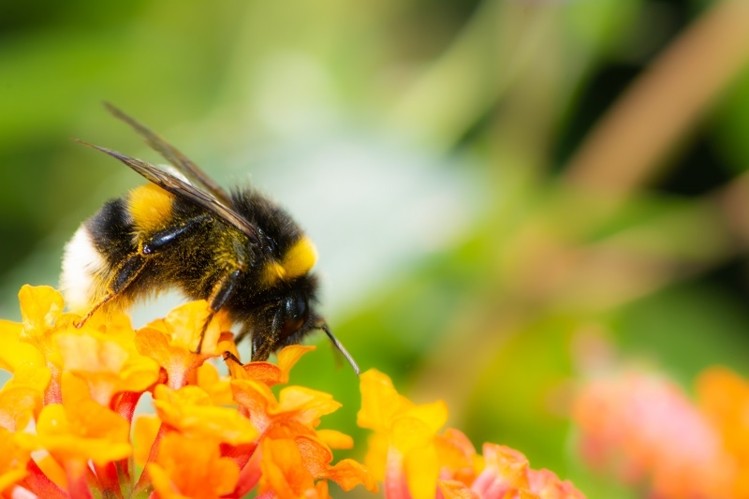 The biodiversity of our planet is under threat. According to WWF’s Living Planet Report, in Europe only 23% of species and 16% of its habitats are in ‘good health’, while 1,677 out of 15,060 European species are threatened with extinction.

Ecotone believes that this is ‘largely caused by the current industrial agricultural and food systems’ degrading the environment and its soil.

In 2020, when it changed its name from Wessanen to Ecotone, the company decided to define its purpose in terms of the contribution it can make to biodiversity protection.

The group, which has an annual turnover of €700m and operates production sites in seven countries, aims to offer an ‘alternative to mainstream food’ in order to ‘contribute to better nutrition through nature’, chief executive Christophe Barnouin explained.

“We started 30 years ago as a business of organic and vegetarian food, basically with the idea to grow natural food within Europe.”​

Ecotone’s business today is 80% organic and 95% vegetarian. By 2030, it has set itself the goal of shifting turnover to 90% organic. Barnouin believes the focus on plant-based and organic delivers a double win for human and planetary health.

“Our approach is sincere. People understand what better food for them is better for nature.”​

Ecotone also believes its products themselves can be used as a tool to promote biodiversity.

“Something that damages biodiversity is the way we eat. Two-thirds of what we eat comes from nine crops. Sugar, soy, potato, rice, wheat, [etcetera]. The quality of the nutrients is super poor,”​ we were told.

This prompted Ecotone to ‘defy food standardisation’ by guaranteeing that two-thirds of its products are not based on these nine ‘over consumed’ global commodities. Innovation is an important element of this drive, Barnouin explained. While the company’s plant-based drinks business – which includes large brands like Bjorg in France – began in soy, it is expanding its offering to include alternative protein sources such as spelt, almond, oat and cocoa.

“The diversity we propose in our food means better nutrients, better minerals. That contributes to better nutrition for you and a protection for biodiversity,”​ the chief executive noted.

“This will be key to develop diversified diets that are respectful of biodiversity.”​

Europe has a buoyant market for organic food. According to data from industry association IFOAM, in 2019 it increased by 8% to a value of €45bn. Nevertheless, organic products are still viewed as something of a niche that commands a price premium.

Ecotone wants to challenge this perception. “A lot of our brands are mainstream brands. And they are organic… It’s not about developing luxury goods. We are probably the [largest] company in branded organic in Europe. It’s about supporting consumers to try and move into healthier and more sustainable ways of feeding themselves,”​ Barnouin said.

“The dynamic where organic is super niche for rich people has long gone. Our role is to make sure we appeal to the maximum number of consumers. We have certain brands like Bjorg in France that is present in more than 40% of French households.”​

Alongside Bjorg, Ecotone’s purpose-driven European brands include Abbot Kinneys, Isola Bio, Whole Earth, Kallo, and Clipper Teas. Taking Clipper as an example, Barnouin revealed the company has tripped its size since the brand was acquired by ‘launching it in different countries’ without compromising on quality.

The group focuses on manufacturing efficiency to deliver products at a price point that is ‘affordable for the consumer’ without squeezing its suppliers.

“It’s not about squeezing the farmer. We pay a premium for organic food and most of the time we pay a premium for Fairtrade. It’s not there that I’m going to look for synergies. I would have them in production, manufacturing. In terms of pricing, the more you move into vegetarian food the less you spend. If consumers try to move part of their weekly food consumption from animal to vegetable, the price per kilo is going to drop.”​

The company is now working to develop an offering that goes ‘beyond organic’, with the target to triple the volume of strategic raw materials grown using agricultural practices ‘exceeding organic specifications’ in order to increase biodiversity.

“Organic is not enough. The performance indicators that we measure for biodiversity are not very well developed. We have joined the Science Based Target for Nature… which started as an effort to measure and quantify impact for climate. We are joining their experiment for biodiversity, supporting them by being a guinea pig on biodiversity to define the scientific measures.​

“Our view is to say no pesticides in food improve the life and number of species that are in nature. The fact that you have hedges around the field is a protection for biodiversity. The fact that you reduce milk and meat is a fundamental positive impact on deforestation… It is a work in progress. We don’t pretend to be the best. We are happy to trial, learn and move.”​

Awareness is rising… but so is greenwashing risk

Ecotone recently carried out consumer research in the UK that found consumer concern over sustainable and ethical food is clearly on the rise.

The study revealed 12.5m UK consumers are now actively considering how sustainable a product is before purchasing food and drink, up 25% in the last 2 years. Indeed, sustainability is the ‘fastest growing purchase consideration’ for food and drink shopper. This is followed by whether products are ethical, up 15% since 2019.

However, Ecotone also identified that consumers don’t always have a clear understanding of sustainability issues. On biodiversity, the study revealed that while 68% of people agree that ‘maintaining biodiversity is critical for the survival of humankind’ just 38% say they fully understand what biodiversity means.

This, Barnouin warned, means there is a risk of greenwashing.

“What we are very afraid of in our company is greenwashing to improve the corporate image,”​ he told this publication.

For instance, Barnouin is somewhat sceptical about the concept of regenerative agriculture that is gaining traction across the food industry.

“You have regenerative agriculture and in France they have invented high environmental value (HEV). How can I say this politely? This is people bringing smoke to avoid the key discussion, which is you want food with or without chemicals. That is part of the greenwashing to my taste.”​

Without a clear definition or consensus on what these terms mean, Barnouin focuses on the topic closest to home for Ecotone – the use of chemical pesticides and fertilisers.

“Why, if you are in regenerative agriculture, would you not commit to no chemical inputs?… They say it’s not the real debate. Of course, it isn’t their debate. I understand that the very large players want to be big and maintain their business model, which is very intensive for high yields. But don’t pretend to improve nature by doing so. Our choice is to say we will be a smaller company than we could be, fine. But our duty is to try to do the best we can for nutrition and nature.​

“The consumer in the 21st century is a responsible consumer. Our duty is to bring them knowledge about what they eat and the impact of food on their own footprint. We say no pesticides and [choose] vegetable versus animal. Do that, and your food footprint will start to improve. All the rest – regenerative agriculture, high environmental value – is not sincere.”​