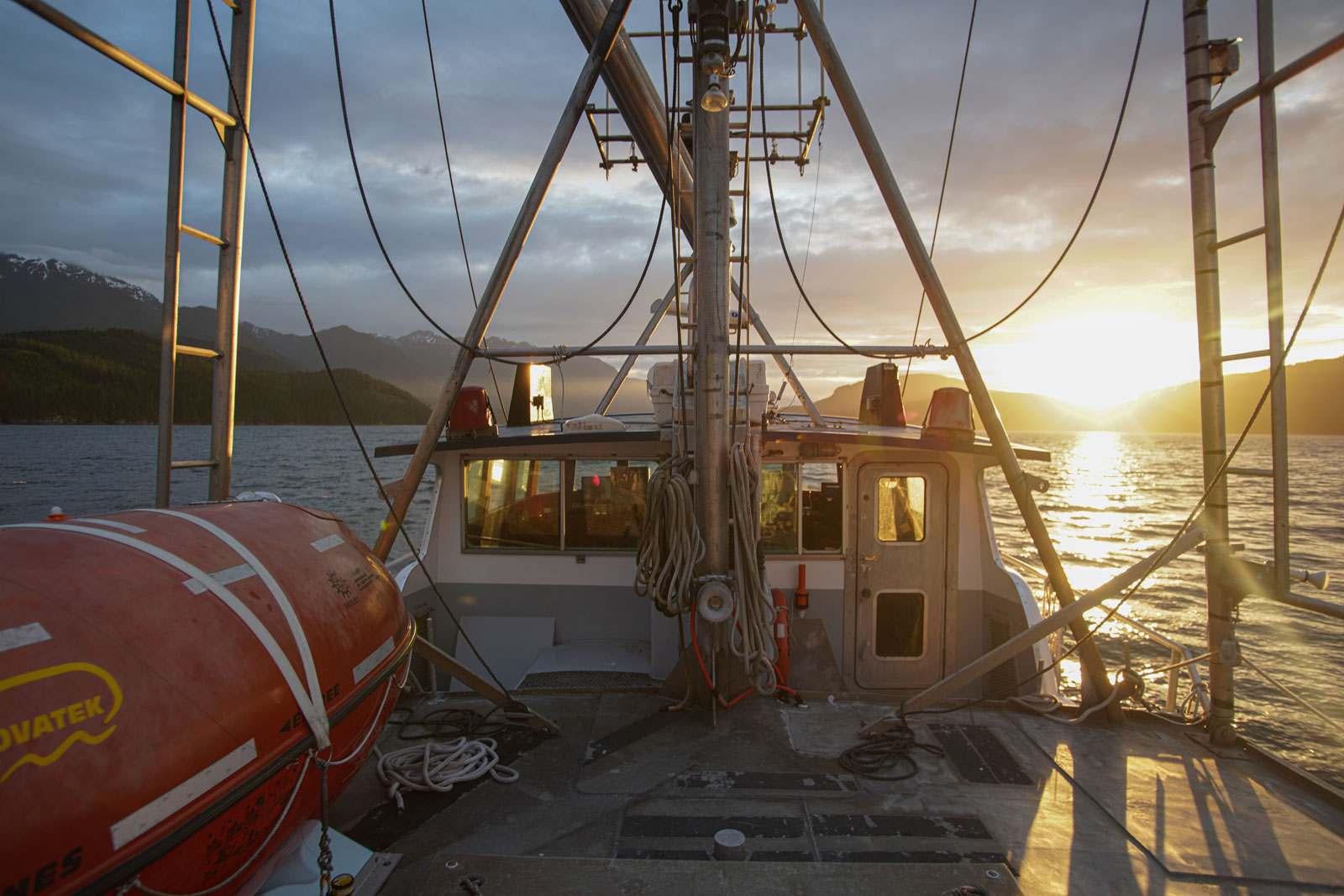 American shoppers cruising down the seafood aisle — even those hundreds of miles away from a working coastline — are increasingly concerned about the health of the ocean.

Love for the ocean is translating into a desire to protect it — especially when Americans go to the grocery store. Consumers are ready to go to bat for sustainable seafood and companies that prove their willingness to protect the ocean.

Some 57 percent of 19,000 consumers surveyed in the United States and Canada are willing to change their buying habits to reduce their impact on the environment, according to a survey conducted by IBM and The National Retail Federation in 2020. The same is true of seafood buyers: According to the 2020 Globescan survey, 55 percent of U.S. seafood consumers agreed that in order to protect the ocean, fish and seafood should be consumed only from sustainable sources. Furthermore, the study found 65 percent of Americans believe supermarkets should remove all unsustainable fish and seafood products from their shelves.

When shoppers are standing in grocery stores, how do they know the full story behind the seafood in front of them? Oftentimes, they look for eco-labels, a third-party label or logo which identifies products proven to be environmentally preferable, which have proliferated in recent decades. The Globescan study found that 64 percent of Americans believe retailers’ and brands’ claims about sustainability and the environment need to be clearly labeled by an independent organization.

All of these labels intend to send a message that the product has been sourced sustainably, but how that label is earned, and what requirements a fishery must meet to use it, vary widely. There are examples of companies under fire for “greenwashing” —  marketing that proclaims sustainability without actually changing its practices. Eco-labels, whether they’re on plastic bags or seafood, are only powerful if they effectively hold industries to certain standards. There should be no room for empty promises.

The gold standard for certification in the seafood industry is The Marine Stewardship Council (MSC) blue fish label, says Frank Asche, a professor of fisheries and aquatic sciences at the University of Florida.

“[Seafood eco-labels] are all different. However, most researchers will agree that the MSC’s criterions are the hardest to meet, and therefore the certification scheme that has the highest potential impact on fish stock status and ecosystem,” Asche tells Grist.

What’s behind the label

The MSC is a non-profit organization that holds rigorous standards for certification, working with the fishing industry, scientists, and conservation groups to create the world’s leading standard for sustainable seafood. The MSC standards work to combat overfishing and maintain healthy fish populations, ensuring people have wild caught seafood for generations to come. Founded in 1997, the MSC is the first global science-based seafood certification program to be recognized for rigor and credibility by the Global Sustainable Seafood Initiative and the United Nations.

As Asche notes, it should be a “no-brainer” for fisheries not to overfish. Sustainably managed fish stocks could unlock about $83 billion in profits for the fishing industry, according to the latest report issued by the World Bank Group. But this long-term view is at odds with short-term profits.

“The problem is that the incentives to fish the stock down are so strong because it is so profitable to do so,” Asche says.

The MSC began as a collaboration between the World Wildlife Fund (WWF) and Unilever in an effort to create standards for fisheries to help prevent fishery collapses. The MSC has since been independent of WWF and Unilever, and there are now more than 400 fisheries certified to the MSC standard. Fisheries representing more than 17 percent of the world’s wild marine catch are now engaged in the MSC’s certification program, and more than 18,000 different MSC-labeled products are available on shelves across the globe.

“The work is ongoing as the health of the ocean, and therefore the environment, continues to change,” says Dan Averill, senior fisheries manager at the MSC. “But with collaboration between organizations like the MSC, leading scientists, and fisheries, we know impacted areas can recover.”

The process of becoming MSC-certified is intensive. Fisheries are evaluated by independent auditors according to 28 performance indicators, such as how much bycatch (accidental or unintended catch) a fishery has. These help the MSC evaluate the fishery’s performance on three levels:

The assessment process applied to fisheries is rigorous and ongoing, Averill says. If successful, a fishery is certified, but the work doesn’t stop there. More may be required each year of the five-year certificate to elevate a fishery’s score. In 2020, for example, fisheries made more than 100 improvements directly addressing issues related to endangered, threatened, and protected species, among others.

Averill points to the U.S. North Pacific halibut fishery as an example of a fishery that has continued to improve over time. This fishery has been in the MSC program for more than 15 years and is currently pursuing another five-year certification.

Halibut fishing in the North Pacific is done by both large boats that go offshore and small boats inshore that send down lines with baited hooks. The halibut fishery has also started employing torrey lines, or long streamers that deter seabirds, keeping them away from baited fishing lines that might otherwise attract them.

Information gaps on some catch and bycatch species existed on some of the smaller boat fleets, so the fishery devised an innovative approach via heat maps to overlay catch profiles from larger vessels onto smaller vessel footprints. The result was an improved picture of the fishery.

“It’s not just a one-and-done, ‘Okay, folks, here’s your certificate, live long and prosper’ kind of thing,” Averill says. Some information gaps did exist in this fishery, so “the fleet really took it upon themselves to get out in front of the curve to verify they were operating sustainably.”

In some cases, fisheries are certified with conditions, which means they still have progress to make before they are fully compliant with the MSC’s three principles. Averill puts it bluntly: “The perfect fishery does not exist.”

The MSC itself has also faced scrutiny in the past due to the stringency of its regulations. For instance, advocacy groups have pushed MSC to close a loophole that allowed compartmentalization, in which certified vessels would sometimes perform uncertified fishing techniques with certified gear.

The MSC has also strengthened penalties for shark finning in response to advocacy — any fishery that has been caught finning sharks in the past two years can’t gain certification.

Averill, for his part, says that the MSC always welcomes participation of external experts and advocates into the review process. An engaged and committed stakeholder community, he notes, is one safeguard against the greenwashing that can become all too common in eco-labeling.

If advocates charge that a fishery isn’t pulling its weight or isn’t doing the work they committed to in their certifier-approved action plan, “stakeholders can help shine a light on that,” Averill says. “That’s what we want.”

Asche says that the MSC is not perfect, but that it is “the most serious attempt” at rigorous seafood eco-labeling. Because of this, he adds that there are some benefits to the environment, though current conclusions are limited.

“We have evidence that fish stock status is better in MSC-certified fisheries. However, we do not know the causality — that is, to what extent obtaining MSC certification improves management (although we know that is the case in some fisheries), or whether it is mainly already well-managed fisheries that get MSC certification,” he says.

The MSC is also subject to some of the larger, existential questions that plague eco-labeling in general. Namely, is it possible to collaborate with industry to create sustainable fisheries, or do other avenues need to be pursued to truly reach sustainable levels of consumption?

Ultimately, Asche says he’d like to see more stringent government standards for fisheries management accompany those of private, non-profit entities like the MSC. This would help curb overfishing before it starts. “If regulations are not in place before you fish it down, then it will be fished down,” Asche says.

He says that governments play the most important role, but that the MSC’s process can get fisheries pointed in the right direction.

“The MSC, to some extent, can provide some aspirational objectives for the government,” Asche says.

For now, the MSC can tackle the issue of overfishing from the consumer and industry side.

Consumers that interrogate the labels in front of them are better stewards of the environment in the long-run. If people are at least aware of where their seafood comes from, Averill sees it as a first step toward better ocean health.

“The next five years for our ocean depend on the purchasing decisions consumers make today,” Averill says. “The future health of our one shared ocean, and the end to overfishing, is dependent on the collective actions of our global community.”

The Marine Stewardship Council (MSC) is an international non-profit organization. Our vision is for the world’s oceans to be teeming with life, and seafood supplies safeguarded for this and future generations. Our blue label and certification program recognizes and rewards sustainable fishing practices and is helping create a more sustainable seafood market.  It is the only wild-capture fisheries certification and ecolabelling program that meets best practice requirements set by both the United Nations Food and Agriculture Organization (UNFAO) and ISEAL, the global membership association for sustainability standards. Fisheries representing more than 17% of the world’s wild marine catch are engaged in its certification program and more than 18,000 different MSC labelled products are available on shelves across the globe*. (*figures correct as of 31 March 2020).