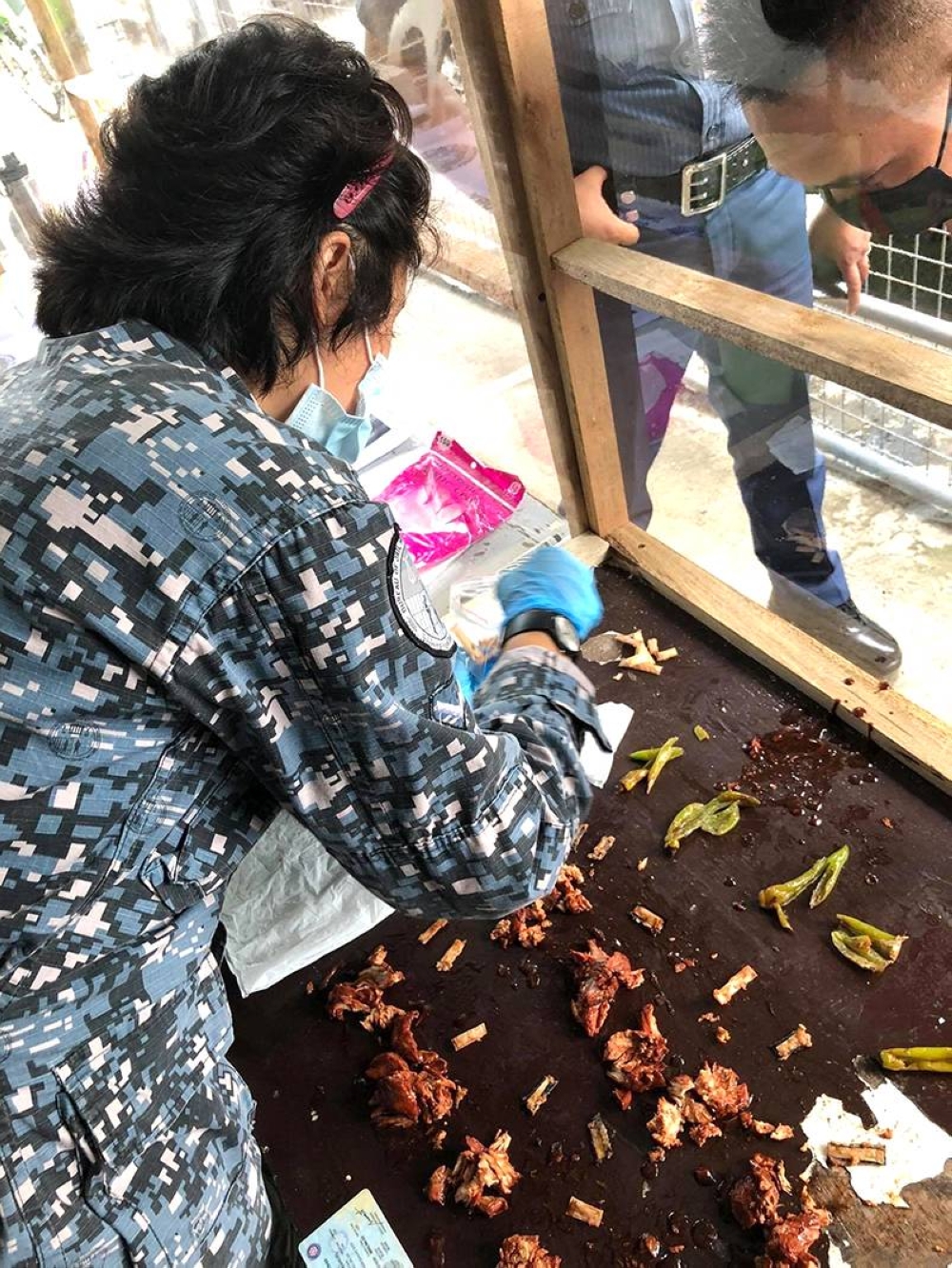 Read this in The Manila Times digital edition.

Cpt. Edo Lobenia, Bureau of Jail Management and Penology (BJMP) spokesman, said jail searchers discovered the contraband from the food brought in by a male visitor.

Jail guards noticed a full-size siling labuyo had been tampered with, Lobenia said. Upon further inspection, a sachet was found inside the chili pepper.

A total of 35 sachets of suspected shabu with a collective weight of 16 grams were recovered.

Lobenia said the illegal substance seized from visitor Richard Caybot, a 40-year-old resident of Calinan District, has an estimated street value of P256,000. The suspect is now detained at the Talomo Police Station pending the filing of criminal charges against him.

Davao City Jail Warden Supt. Peter Bongngat Jr., meanwhile, assured to mount an intensified clearing operation inside and outside the jail premises with the help of the Philippine National Police-Explosive Ordnance Disposal and Canine unit.

“All individuals that will be caught trying to sneak any contraband inside the jail facility will be dealt with to the full extent of the law,” Bongngat said.

The BJMP vowed to continue to implement strict protocols in all jails regionwide.

Guest column: Food inflation poised to be growing concern for everyone