Fears of a food crisis loom due to looting sprees 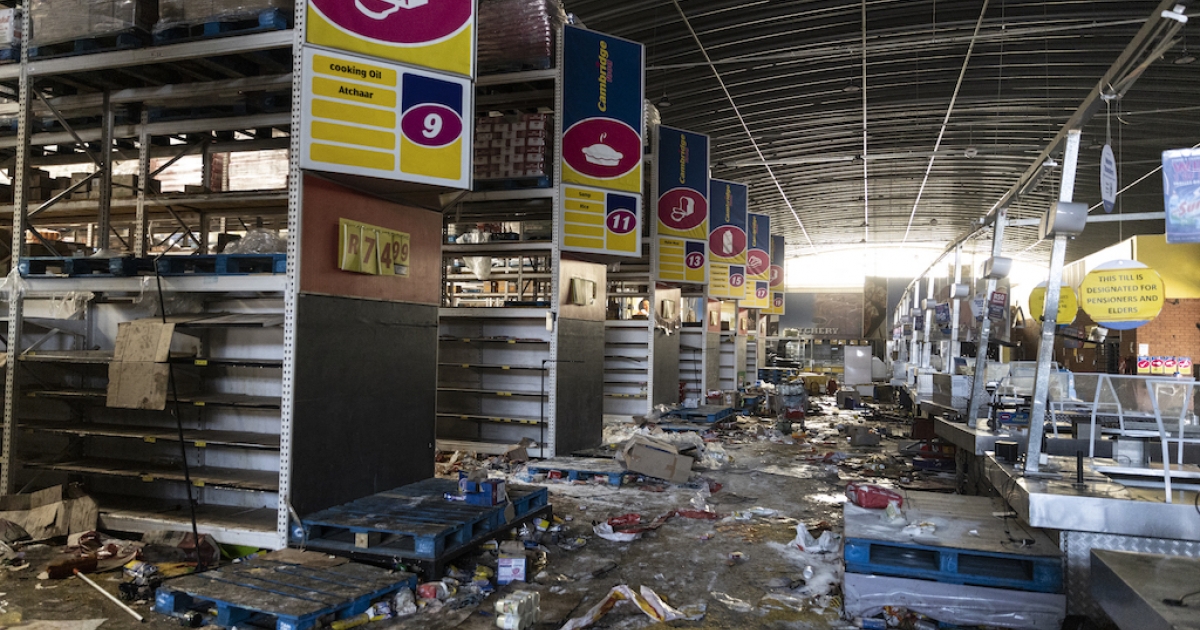 PIETERMARITZBURG – The ongoing protests might lead to job losses and harm the strained economy.

Pietermaritzburg’s Economic Justice and Dignity Group’s Mervyn Abrahams said the looting could lead to a food crisis in the province.

Grocery stores, malls and buildings were destroyed in the city.

“We’re still trying to assess the damage but it’s very clear that Pietermaritzburg had the biggest economic knock,” Abrahams said.

“I don’t think that Pietermaritzburg will be able to recover for a very long time.”

READ: Violence in SA: More calls for state of emergency

“There are still few shopping malls left but they are areas far removed from where low-income households live and so we are likely to see the availability of food immensely impacted, let alone all those job losses that will see in the next week or two.

“So times have become even tougher than they were were two weeks ago.”