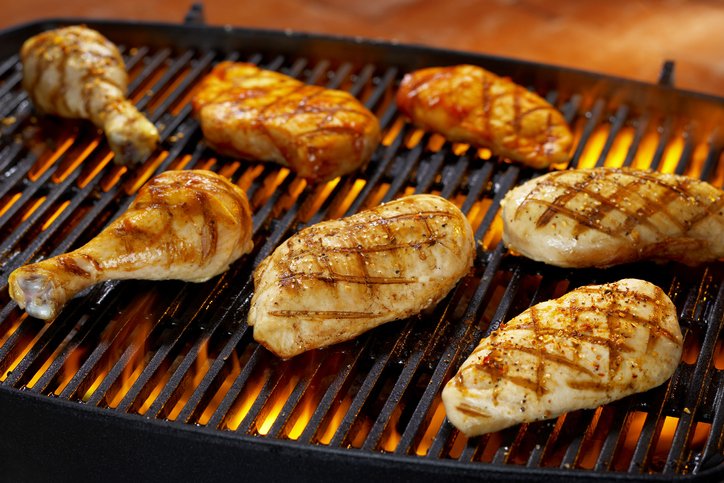 Other categories expected to increase include fresh vegetable spending which is projected to grow from 9.7% in 2005 to 18.0% in 2025. Dairy would account for 13%, bread, rice and cereals (12%) and fruit (10%) rounding up the top five food categories.

The key driver in the rise in meat and poultry spending in Bahrain is the increase in disposable incomes over the two decades.

Mike Kruiniger, senior industry analyst at Fitch Solutions, said: “As such, they are able to spend more on higher value food products, including meat and poultry, which remains Bahrain’s favourite animal-based source of protein.”​

Bahrain also witnessed an influx of expats from Asia and Western countries over the last two decades, resulting in food preferences becoming more international, with foods such as hamburgers and fried chicken popular with Bahraini consumers.

Among meat and poultry, consumption is largely dominated by lamb and poultry, mainly due to the religious affiliations of Bahraini consumers. As of 2017, more than 70% of the population is Muslim, followed by Christians (about 9%) and others (mostly Hindus, about 17%).

Pork consumption is forbidden under Islam, and therefore is not consumed by the majority of the population.

In addition, beef consumption is highly restricted under Hinduism, and with a large immigrant population from India, it will continue to put pressure on beef sales.

The main source of protein in Bahrain remains meat and poultry.

But fish is also an important food category for Bahraini consumers, projected to account for 9.8% of total food spending in 2025, down from 12.4% in 2005.

Despite the drop, it is still significant by regional standards, with UAE consumers forecasted to spend 8.7% on fish in 2025, and 6.8% and 6.9% in Saudi Arabia and Qatar respectively.

Bahrain is an archipelago nation with a coast line of 161km, which historically has created healthy demand for fish and seafood.

When asked if the rising plant-based protein trend would influence animal protein consumption and even take away market share in the long term, Kruiniger replied: “Plant-based protein is gradually becoming more popular in Bahrain. Not only have we seen the opening of a couple vegan and vegetarian restaurants over the last few years, we have also seen that plant-based meat companies are showing interest in Bahrain, with Beyond Meat having launched in the country in 2019. ​

“However, plant-based meat alternatives remain small and do not yet pose a significant threat to traditional meat products in Bahrain.​

“While we see that in the US and Western European countries consumers are becoming increasingly worried about their health and the environmental impact of meat, these drivers are still in their infancy in Bahrain,​

“As a result, we do not foresee that plant-based meat alternatives will become a major threat to meat companies in the country over the medium-term. However, over the longer-term, we do expect to see plant-based protein to eat away share from traditional meat.”​

Dairy is another key staple in consumer diets in Bahrain, with the average household forecast to allocate 13% of total food spending by 2025, moderately stable from 13.7% in 2005.

“In 2019, the country imported roughly US$220 million worth of dairy products, with 42% coming from Saudi Arabia, driven by the strong position of Saudi dairy companies (especially Almarai) in Bahrain. Bahrain is also heavily reliant on imports of meat, cereals, fruit and vegetables.”​

The country is increasing its domestic production which will likely accelerate dairy spending over this period.

For instance, Danish dairy giant Arla opened a cheese production facility in Bahrain in 2019, and announced it would invest an additional US$55 million over 2019 to 2021 to increase the capacity of the production plant.

The report also covered sugar consumption, which is key for Bahrain, with one of the highest obesity rates globally. According to data from the World Obesity Federation in 2016, 26.5% of men and 38.2% of women in the country classified as obese.

To reduce the consumption of sugar, the Bahraini government implemented a sugar tax in 2017, imposing an excise tax rate of 100% on energy drinks and 50% on soft drinks.

However, the report still forecast that consumers in Bahrain will becoming increasingly health conscious, which will reflect in food spending.

In addition, categories that are high in carbohydrates are also becoming less prominent in food budgets in Bahrain, with the share of pasta declining from 2.3% in 2005 to 1.9% in 2025, while the share of bread, rice and cereal spending will reach 12%, down from 13.9% in 2005.