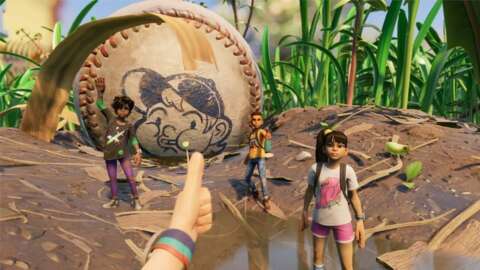 Honey, I Shrunk The Kids-style survivor game Grounded will no longer receive frequent updates, as developer Obsidian Entertainment confirmed that the studio wants to shift its energy to tackling larger content drops.Obsidian clarified its reasoning for “doing larger and slightly less frequent updates moving forward” on Grounded’s official website. The studio said releasing monthly content while toiling on bigger tasks is difficult with a small team. As such, Obsidian is focusing on “larger features that take time.” This shift will give the studio the space to work on developing “more meaningful [updates] with more and better content,” Obsidian said.The next update for Grounded is slated to drop on PC, Xbox One, and Xbox Series X|S in late June. Obsidian said it’s “one of [the] largest yet” for the game and outlined some of the features coming when the update rolls out.Continue Reading at GameSpot
Read More

Brazil green-lights Pfizer vaccine for kids 12 and up

Doucéa: A Skincare Brand Imagined By & For Kids