In a True Ted Lasso Move, Jason Sudeikis Brought His 2 Kids Out For a First Pitch Throw 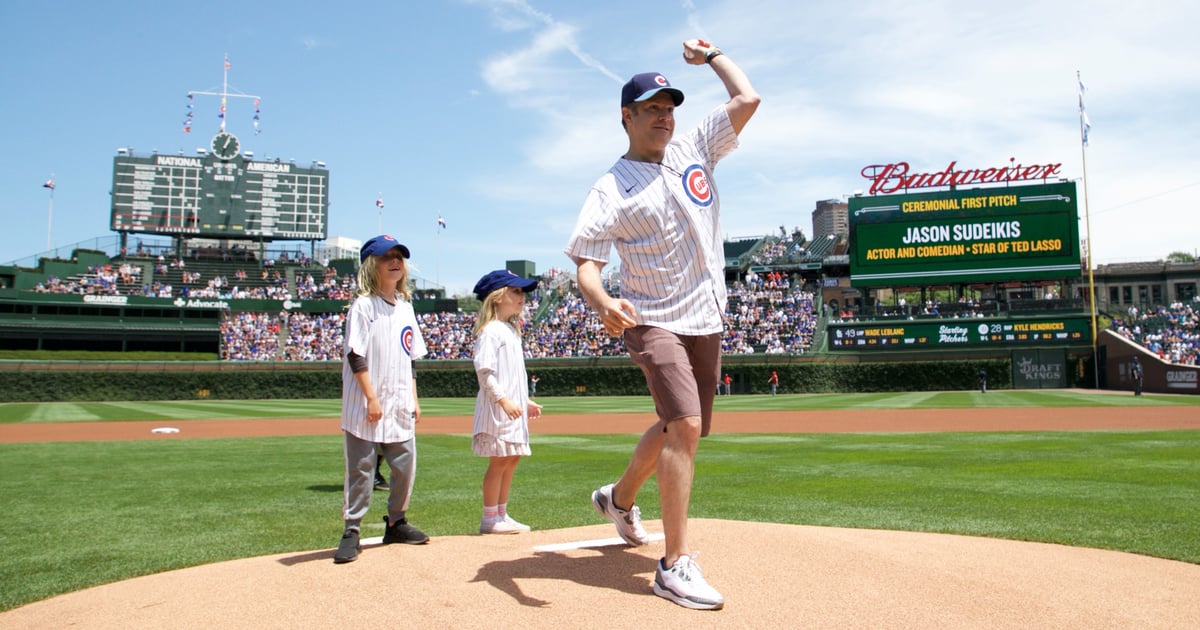 Ted Lasso would be proud to see Jason Sudeikis share a special moment with his kids at an athletic event. On July 9, the actor made a rare public appearance with his 7-year-old son, Otis, and 4-year-old daughter, Daisy, to throw at the first pitch at a Chicago Cubs–St. Louis Cardinals game. The trio looked adorable in matching Cubs jerseys as Jason took the pitcher’s mound with the kids by his side.

Jason parents Otis and Daisy with his ex Olivia Wilde. The former couple reportedly split early in 2020, but according to a People source, they have a “great co-parenting routine.” The kids are Jason and Olivia’s “priority” and “the heart of the family’s relationship.” Get a closer look at Jason’s sweet outing with Otis and Daisy in the photos ahead.