Joe Rogan: ‘My kids are allowed to hit me as hard as they can’ 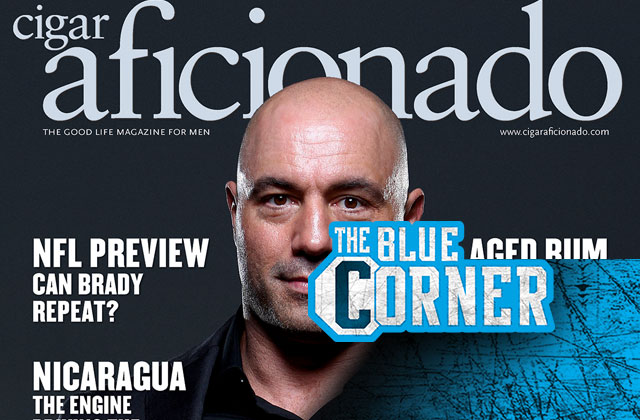 As a lifelong practitioner of martial arts, longtime UFC commentator Joe Rogan believes in the value of training to defend yourself. When it comes to his three daughters, Rogan says he’s taking an active role in their knowledge of self-defense.

“My kids are allowed to hit me as hard as they can,” Rogan told Cigar Aficionado. “I teach them — they’re taking martial arts classes — but I teach them. … It hurts.”

Prior to his time with the UFC, which began in 1997, Rogan was a taekwando champion. His passion for martial arts was a big reason he wanted to work with the fledgling promotion in its early days. But Rogan didn’t start his own martial arts journey due to a sporting interest. Instead, he says it was simply to avoid being bullied as a child.

Now Rogan is passing on that same belief to his children in hopes that they will always know “what it’s like to struggle with a person.”

Or as Rogan has previously stated, “You want to be the nice kid who can fight so everybody leaves you alone.”

“Martial arts develops your human potential, when you get through something really, really difficult” Rogan said. “There is nothing more difficult, outside of war, than agreeing to step into a closed area with another guy who’s a f*cking trained killer.”

Rogan is featured on the cover of October’s Cigar Aficionado, which is currently on newsstands.

The Blue Corner is MMA Junkie’s blog space. We don’t take it overly serious, and neither should you. If you come complaining to us that something you read here is not hard-hitting news, expect to have the previous sentence repeated in ALL CAPS.

Family Meals With The Bundys! | Married With Children