Kamla: Imbert out of ideas to revive economy 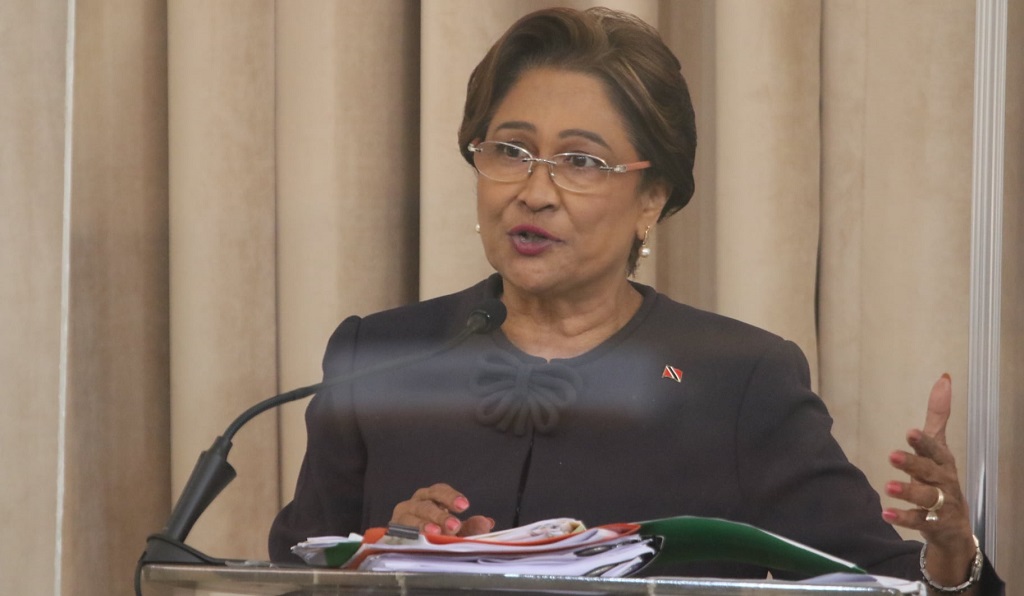 “After well over a year into the COVID-19 pandemic this PNM government has yet to propose a single clear effective and useful economic policy which will help the SME sector get back on its feet.”

This, according to Opposition leader Kamla Persad-Bissessar, who slammed the performance of Finance Minister Colm Imbert.

In a statement, she said Imbert is “woefully short” on ideas to revive T&T’s economy.

Persad-Bissessar said one only has to look to a conference held by the Minister yesterday, in which he placed the “blame” on others for “his own dreadful shortcomings”.

She said: “Instead of owning up to the fact that his meagre loan proposal to help SMEs was poorly thought out and executed, the Minister of Finance instead attacked SMEs for not being up to date with their VAT certificates.

Apparently Imbert has forgotten that he is yet to pay the same SMEs over $3 billion in VAT refunds. These VAT refunds are not a gift from the government, it is monies belonging to SMEs which are critical for their cash flow and very survival.”

She questioned where the $5 billion Government said it spent on COVID-19 relief went.

She said the “dramatic slide” in the country’s credit rating didn’t begin with COVID-19, and the key to beginning the work to rebuild the economy required comprehensive analysis of its current state.

The Opposition leader also took the Finance Minister to task for his response to increases in food prices.

She said: “The most shameful part of Imbert’s statement yesterday was his cry of not being “the Minister of everything’” as a response to the rapidly increasing price of food. Like the rest of his cabinet colleagues, Imbert and the PNM want power with no responsibility or accountability.”

“It is the role of the Minister of Finance to establish policies which promote economic growth, and the creation of well-paying jobs which aid the living standards of all citizens. Under the PNM, however, the only people whose standard of living have dramatically improved are PNM Ministers and their financiers,” Persad-Bissessar continued.

The Opposition leader said the party’s Economic Transformation Plan has outlined a clear and comprehensive proposal for getting our economy up and running again.

In the coming weeks, she said the Opposition will continue to highlight and discuss the solutions the party proposes to save citizens’ livelihoods and put T&T back on a path of sustainable growth and equity for all.