Kena: Bridge of Spirits is the perfect gaming comfort food 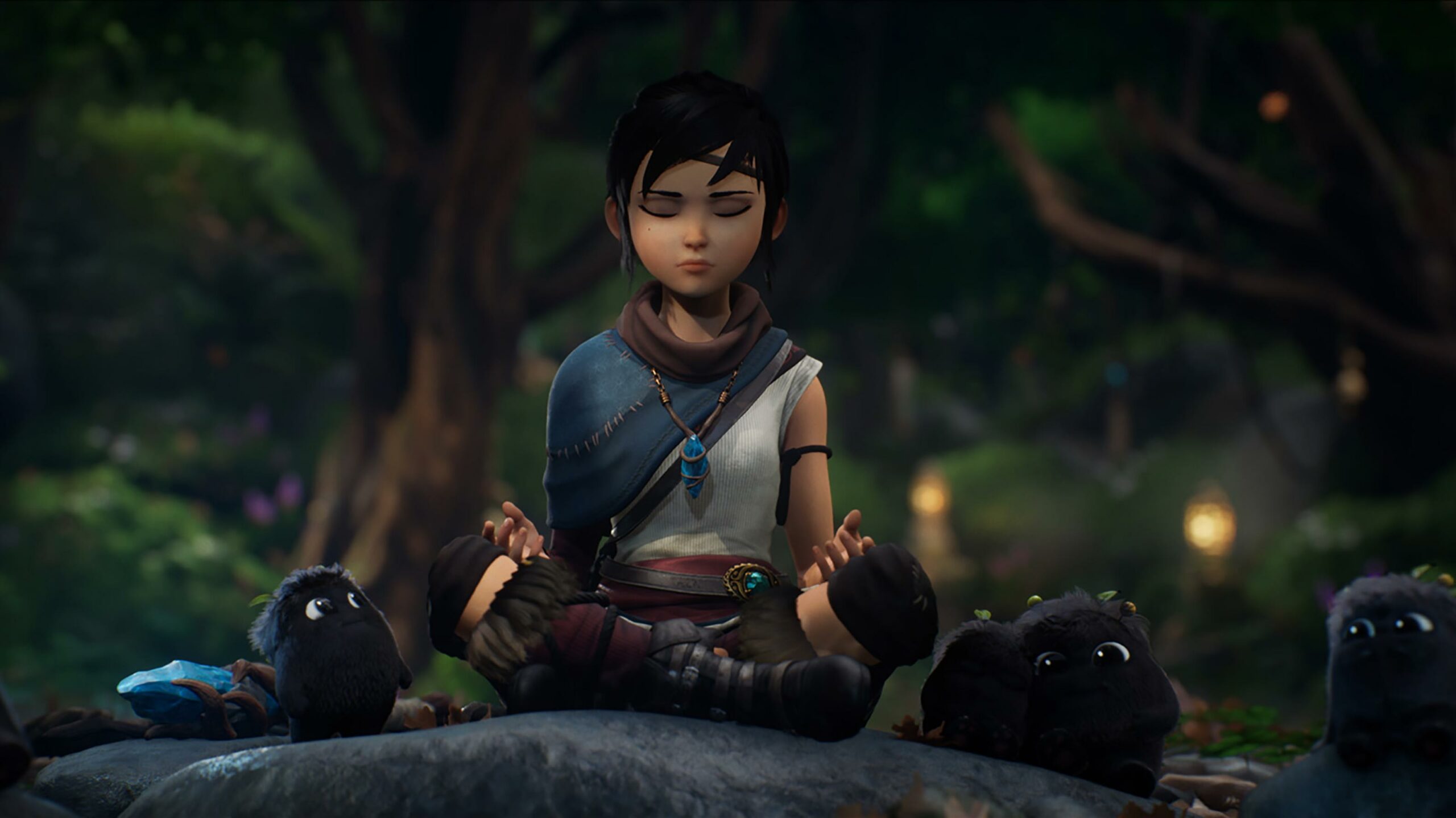 Earlier this month, I wrote about how the familiarity of Ghost of Tsushima Director’s Cut was quite pleasant.

Sometimes, it’s nice to have a game that gives you exactly what you expected. Not everything has to be revolutionary.

That’s exactly how I’d describe Kena: Bridge of Spirits. While it doesn’t really do anything new or surprising, it’s successful in all of the ways that count. In other words, it’s the equivalent of gaming “comfort food.”

It’s important to preface this review, however, by mentioning that Kena is the debut title from the California-based studio Ember Lab. Its founders, brothers Mike and Josh Grier, have an extensive background in animation which includes the viral 2016 fan-made short film Terrible Fate, based on Nintendo’s popular The Legend of Zelda: Majora’s Mask. That the team was able to transition into making video games — a completely different beast entirely — is in itself impressive. The fact that Kena is as good as it is? Even more so.

Naturally, Kena has garnered quite a bit of attention for its gorgeous visuals. Deservedly so — the game features crisp, Pixar-esque character models and a mysterious world that pops with luscious forests, towering mountains and flowing rivers. Enhancing these is an exceptional Balinese score from Jason Gallaty that expertly jumps from soft and serene to intense and dramatic as the game goes on. All of this is used to good effect to tell a story about a young girl whose search for a mountain shrine puts her into contact with lost spirits that she must help pass on. Along the way, she’ll gather tiny sprites called Rot, which are so devilishly cute as to immediately melt your heart. 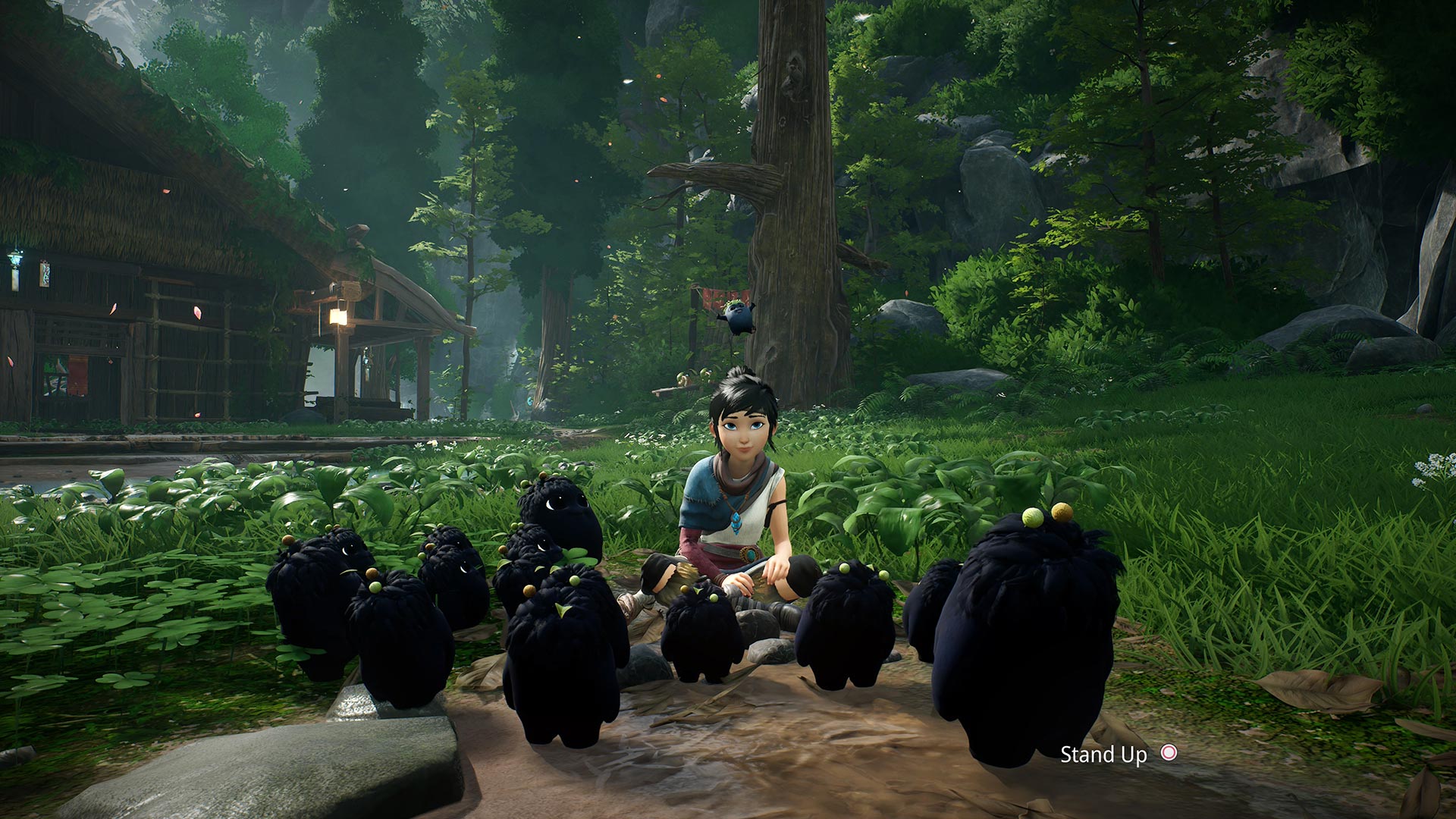 Admittedly, though, Ember Lab relies a bit too heavily on the game’s presentation to carry its story. The characters’ picturesque designs and expressive animations aren’t quite enough to make up for their straightforward dialogue and subpar voice acting. In fact, you don’t really get to learn much about them, which made it difficult to care all that much. While the goal was likely to keep the narrative simple and accessible for all ages, it’s nonetheless a shame that Kena doesn’t have even half of the exceptional character work of the Pixar and Ghibli films it so heavily draws from.

“Despite an underwhelming story, the game’s world is just a joy to inhabit…”

But while the adorable character models and strong musical cues don’t quite redeem the otherwise shallow storytelling, Kena‘s core gameplay loop of combat and exploration ensures that the experience is constantly engaging. With respect to the former element, Kena’s main moves consist of basic light and heavy attacks. At first, this makes the game feel painfully simple, but it soon becomes clear that Ember Lab has more in store. 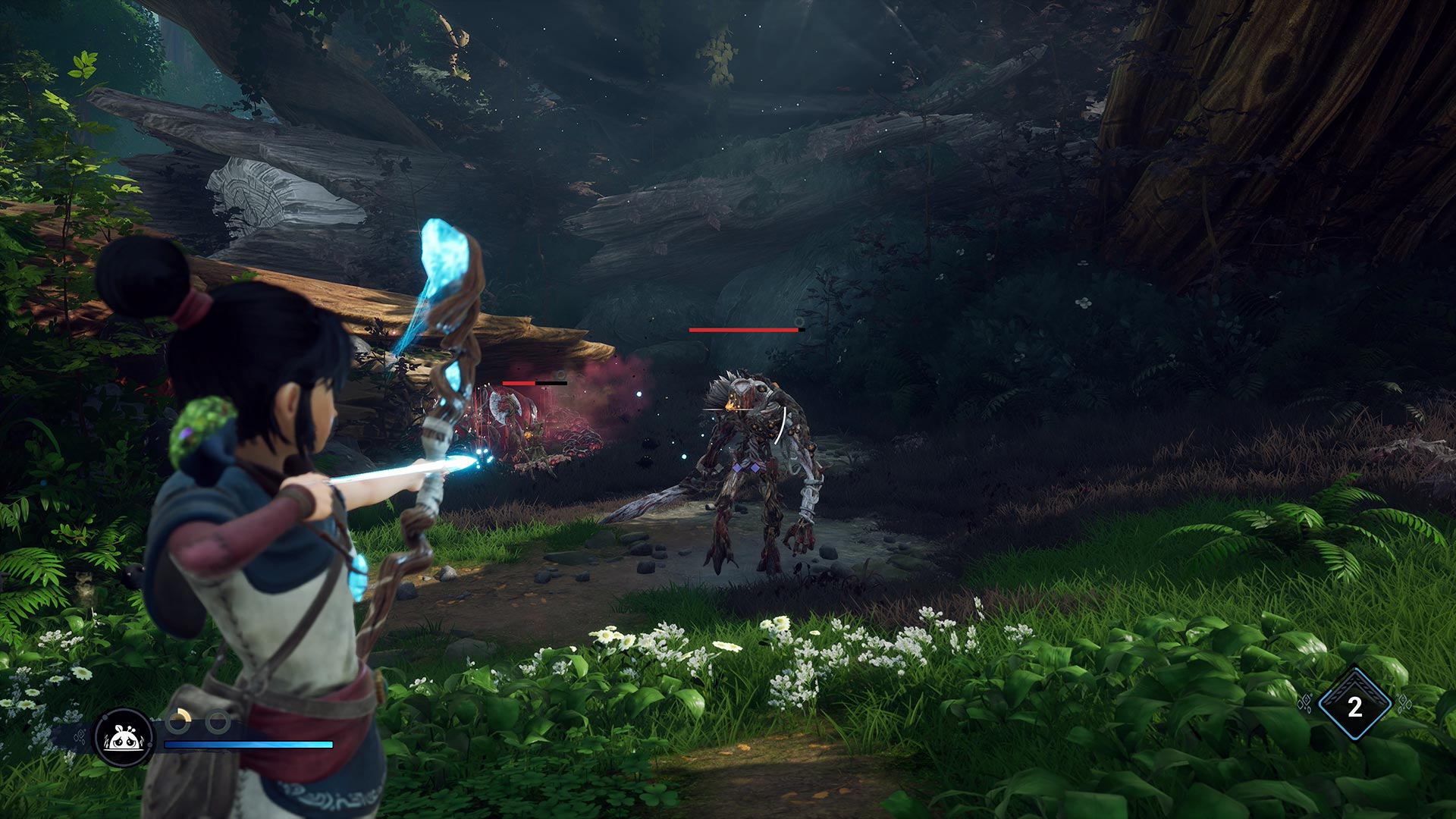 At a gradual and balanced pace, you’ll learn new abilities and gear that greatly expand your combat options, including a bow (with an unlockable perk that can slow down time) and parry effects to your shielding ability. It by no means becomes a deep action game à la Devil May Cry, but it’s well-suited for an experience of this scale. Using all of your arsenal becomes essential as Kena introduces challenging new enemy types featuring different behaviour and weak points, forcing you to do more than mash the basic attack buttons. Although Kena can feel frustratingly punishing in some later boss encounters, the diversity in the threats you face helps keep the game feeling fresh overall.

You are, at the very least, thrown some bones in combat, like the ability to use certain flowers for one-time healing. I particularly enjoyed how Kena can command the Rot in certain situations to congregate and become a cloud that you can command for a limited time. While this is primarily used to clear obstacles, there are also instances where you can use the Rot clouds in combat for a few exceptionally damaging attacks. The way Kena manipulates the cloud has a rhythm and flow to it that is delightfully reminiscent of the Waterbenders from Avatar: The Last Airbender, making this move feel extra empowering. 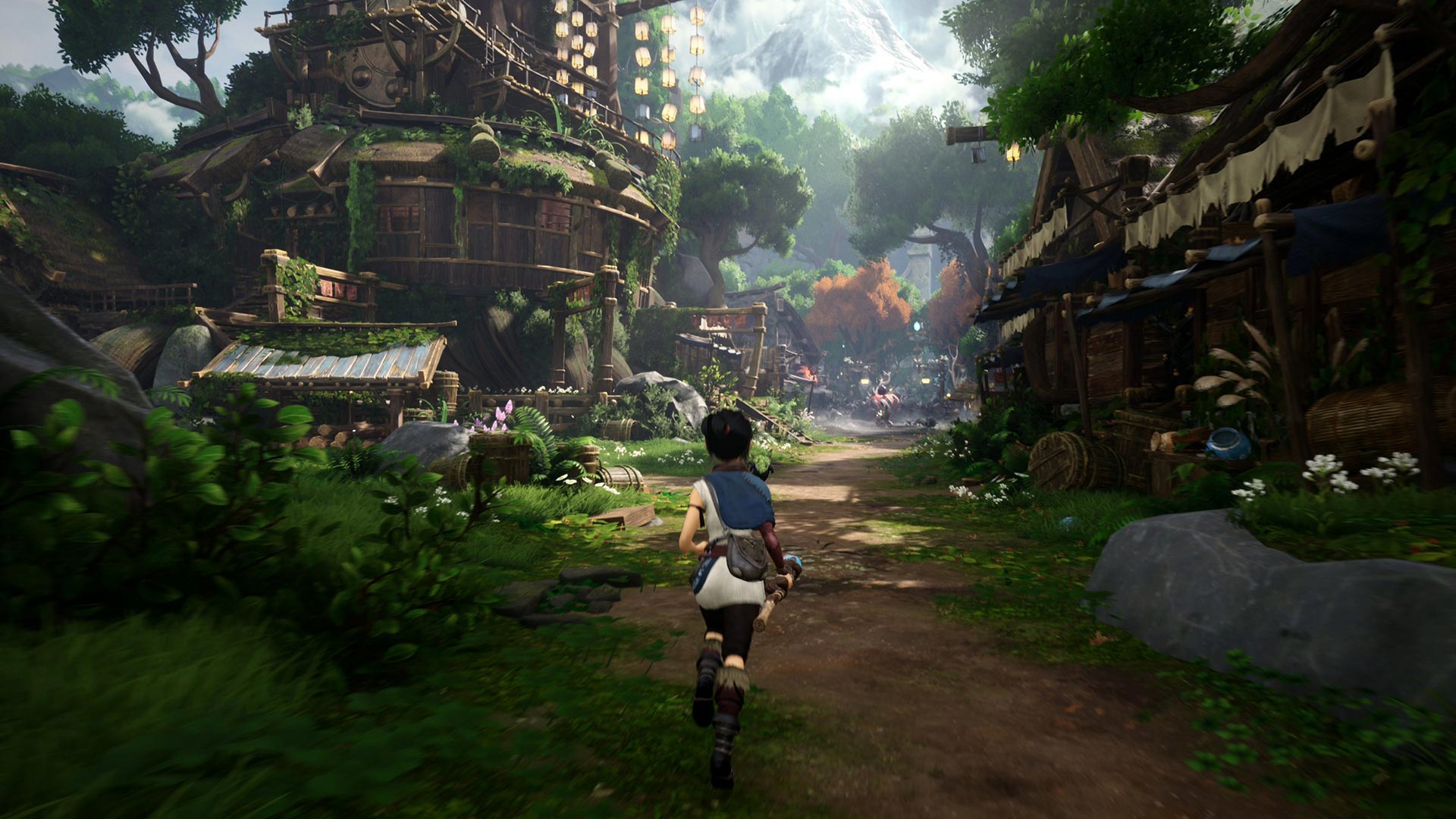 That said, Kena‘s true strength lies in its exploration. I found it immensely enjoyable to simply make my way from one stunning vista to the next alongside my ever-charming Rot companions. In this way, the light platforming and puzzle-solving elements were a boon rather than a hindrance — without anything to impede my progress, I could just immerse myself in the beautifully realized world.

Even seemingly menial tasks like having the Rot set fallen statues upright felt, talking with the two children who follow Kena around or pose and play with the Rot using the robust Photo Mode gave the game an endearingly quaint feeling. With the larger stakes at hand, I found it relaxing to make time for these smaller moments.

Ultimately, this is what makes Kena a winning experience. Despite an underwhelming story, the game’s world is just a joy to inhabit, your Rot companions are utterly lovable and combat mechanics become refreshingly deeper and more varied over time. It’s a rock-solid debut from Ember Lab, and I look forward to seeing what the nascent developer works on next.

Kena: Bridge of Spirits is now available on PlayStation 4, PlayStation 5 (reviewed) and PC (via the Epic Games Store).