Mel Gibson’s Kids: Everything To Know About His Nine Kids From Oldest To Youngest 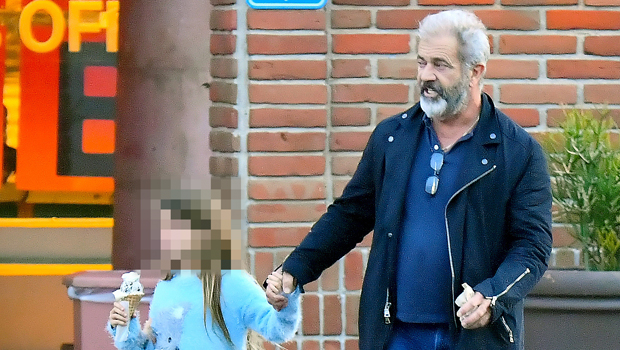 Learn more about the ‘Braveheart’ actor’s family, which consists of nine children, whom he had with three different women.

Mel Gibson, 65, is has starred in a number of classic films throughout his nearly 40-year-long career. Most moviegoers probably think of him for leading roles in movies like 1995’s Braveheart (which he also directed) or as the director for films like 2016’s Hacksaw Ridge. Even with a prolific career, Mel has found plenty of time to have children and raise a family. His children range in age from 4 to their 40s. Learn more about the actor’s kids!

Mel had his oldest daughter Hannah in 1980, with his then-wife Robyn Moore Gibson, 60. Hannah dabbled in the film industry, working as a makeup artist on What Women Want and as a production assistant for The Patriot in 2000, but has mostly stayed out the spotlight. In 2006, she married blues-rocker Kenny Wayne Shepherd. According to her Instagram bio, she has six children, making Mel a grandfather. She regularly posts videos of herself performing with a hula-hoop.

In 1982, Mel and Robyn had twin sons Edward and Christian. Edward is intensely private and doesn’t share much about his life in public. He does own the furniture company Natural Edge, which is based in Los Angeles. The company creates things like tables and benches out of “reclaimed wood slabs imported from the Fiji islands,” according to its Instagram bio.

Edward’s twin brother is a little more public on his social media. Christian followed his father into the film industry, but he tends to stay directly behind the camera. He’s been a camera operator on a variety of TV shows and movies, like Netflix’s Bird Box, Coyote, and his dad’s film Hacksaw Ridge. His Instagram is loaded with stunning behind-the-scenes photos from productions he’s worked on.

William was Mel and Robyn’s third son. He was born in 1985. He also leads a very private life and has remained almost entirely out of the public eye, despite his dad being high-profile star.

In 1988, Mel and Robyn had their fourth son Louie Gibson. Louie seemed inspired by his dad, particularly by Mel’s directorial work. Louie has written, directed and produced for both TV and movies. His first feature film that he wrote, edited and directed was 2017’s Happy Hunting, according to his IMDb. Louie also directed and wrote the upcoming movie Manifest West, which will star his brother Milo, 30. Milo revealed that he and Louie used to make movies together when they were youngsters in a 2018 interview with The Hollywood Reporter.

Mel and Robyn’s son Milo was another one who followed in his father’s footsteps and pursued a career in acting. Besides acting in his brother’s upcoming movie, Milo made his feature film debut in 2016 in his dad’s flick Hacksaw Ridge. Other than the movies with his family members, Milo starred in the 2018 comedy Breaking & Exiting and the 2021 sports-drama Under The Stadium Lights.

Milo said that Mel was very encouraging of him pursuing a career in acting. He said that the best advice his dad gave him was to “be honest” in an interview with The Hollywood Reporter. “Something that stuck with me [that my dad told me] was, when you’re working, to be truthful to your character and emulate them as much as possible, and of course, have fun. Forget the camera is there,” he said.

Mel and Robyn’s youngest child together is Thomas, who was born in 1999. Mel and Robyn separated in 2006, and the couple later divorced in 2009, when Thomas was ten-years-old. Not much else is known about Thomas.

After Mel and Robyn’s separation, The Passion of The Christ director was romantically linked to Russian singer-songwriter Oksana Grigorieva, 51. The couple had a daughter, Lucia, together in 2009, but the couple separated in 2010, after Oksana alleged that Mel punched her in the face and filed a restraining order against him, via People. The couple reached a custody agreement, but Oksana had to pay Mel $500,000 in settlement money, after she violated a confidentiality agreement.

Mel started dating screenwriter Rosalind Ross, 31, in 2014. Despite having an over-30-year age difference, Mel and Rosalind appear to have a solid relationship. The couple had their son Lars Gerard in 2017. Mel shared his first picture of his boy while on the red carpet for the Academy Awards, where Lars was adorably dressed in a tiny tuxedo.