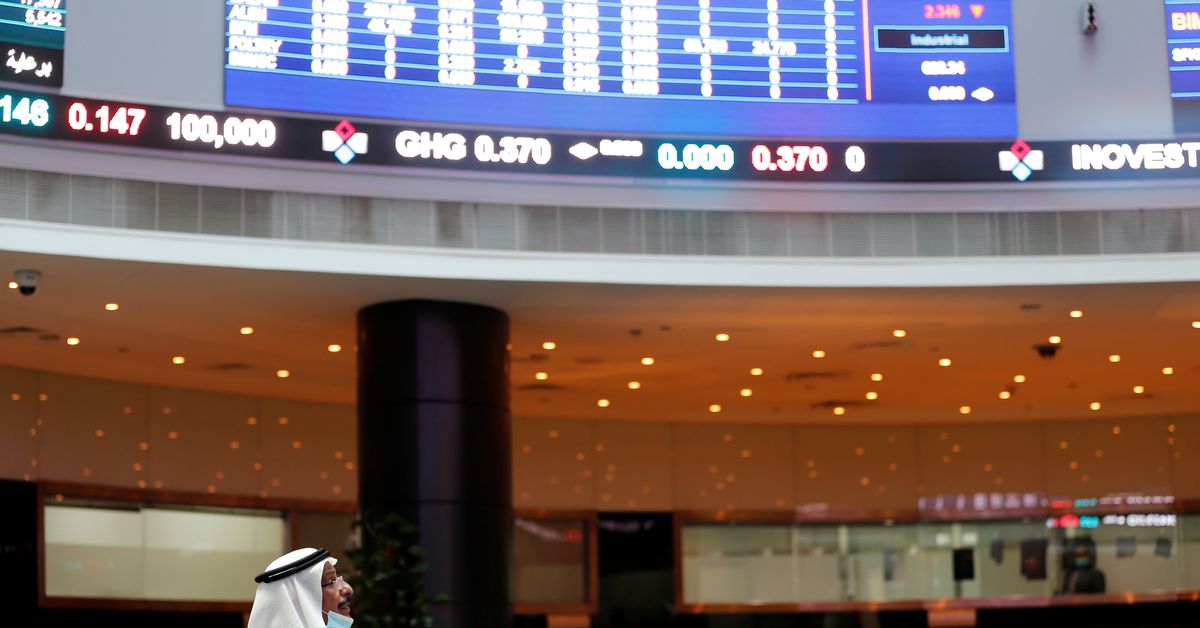 Sept 19 (Reuters) – Most stock markets in the Gulf were subdued on Sunday in response to Friday’s decline in global equities, although the Dubai index bucked the trend to trade higher.

On Friday, World shares fell after a week of mixed economic data and fears over the stability of growth and Asian markets put the focus on the U.S. Federal Reserve’s timeline for tapering asset purchases. read more

Also, concerns grew that a potential U.S. corporate tax hike could erode earnings as leading Democrats and President Joe Biden sought to raise the top tax rate on corporations to 26.5% from the current 21%.

However, the index’s losses were limited by gains at Alpha Dhabi Holding (ALPHADHABI.AD), which gained more than 3% following acquisition of an additional 31.5% of Pure Health Medical Supplies.

Abu Dhabi cancelled COVID-19 testing requirements to enter the emirate for travellers from the UAE starting on Sunday. read more

The United Arab Emirates could invest at least a further 1 billion pounds ($1.37 billion) in the United Kingdom this year after pledging 10 billion pounds this week to its investment partnership with the British government. read more

The Qatari benchmark (.QSI) fell 0.2%, weighed down by a 1% decline in Qatar National Bank (QNBK.QA).

Reporting by Ateeq Shariff in Bengaluru; Editing by Toby Chopra

25 Easy Dessert Recipes That Will Melt In Your Mouth