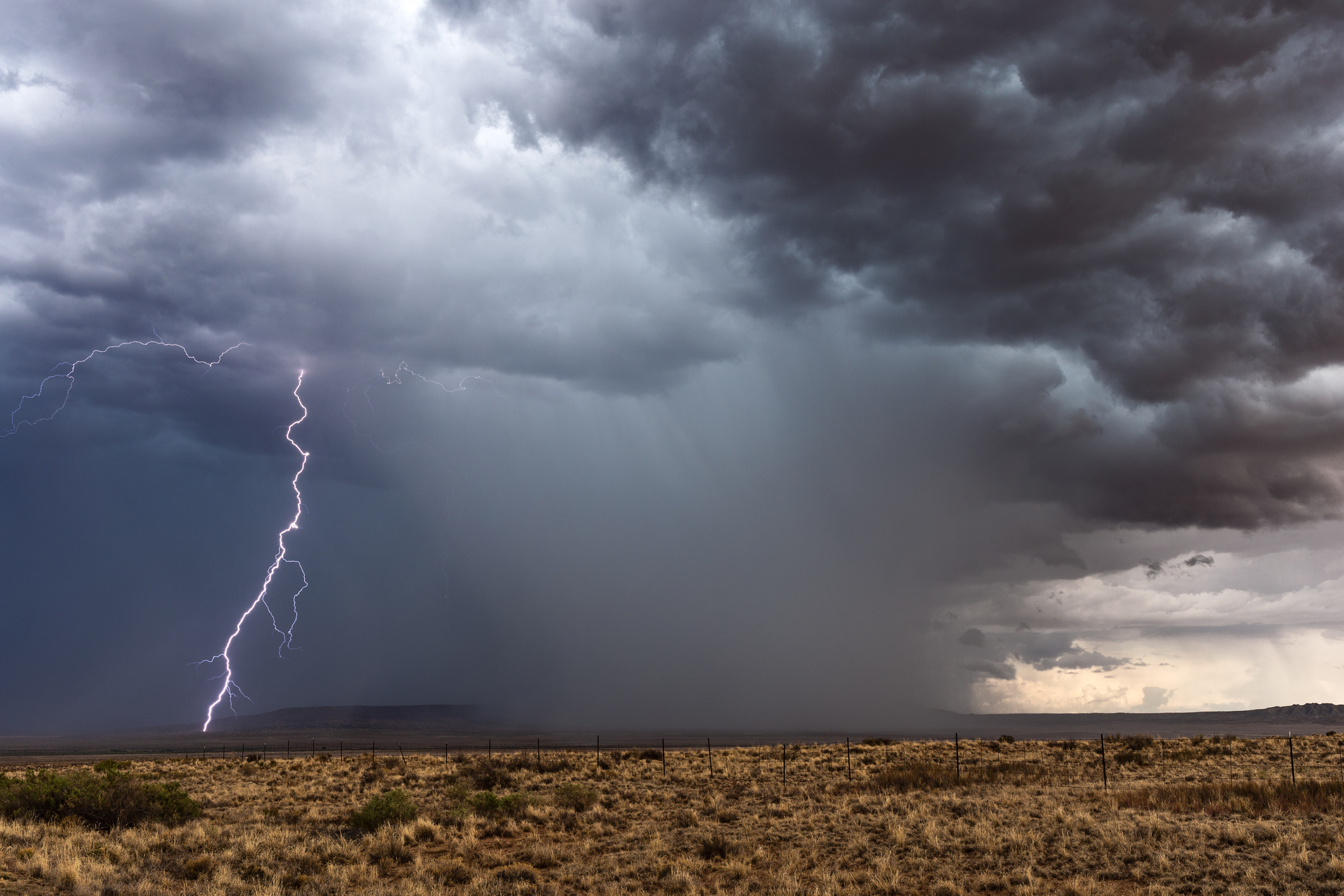 If you’ve never lived in or visited the U.S. Southwest, you might picture it as a desert that is always hot and dry. But this region experiences a monsoon in the late summer that produces thunderstorms and severe weather, much like India’s famous summer deluges.

And this year, it generated a lot of rain.

July 2021 was the wettest month since record keeping started at the Tucson, Arizona, airport in 1895, with 8.06 inches (205 millimeters) of rainfall – equivalent to 70% of what the city receives in an average year. This year’s monsoon is the third-wettest ever in Tucson, with 12.80 inches (325 millimeters) of rain.

It was completely the opposite in 2020: Tucson had a dry “non-soon”, with less than 2 inches of rain. These conditions and record high temperatures fueled Arizona’s largest wildfire season in a decade, including the Bighorn Fire, which decimated over 60% of the forest in the Catalina Mountains north of Tucson.

Our monsoon system impacts some 20 million people in the Southwest. As researchers studying water and climate, we investigate monsoon prediction, which is becoming more complicated due to climate change. Understanding monsoons is critical for educating communities about their benefits and risks, and about how to stay safe from effects like flash flooding.

From dry to wet

The word monsoon comes from the Arabic word mausim, or season. Its most traditional use is to describe the large-scale wind shift into the Indian subcontinent from the ocean that coincides with intense summer rains there. But monsoons also occur in Africa, Australia and South America, as well as in Mexico and the southwestern U.S..

Monsoonal circulations carry warm, moist air inland from the ocean, which causes rainfall in the summer season. In the Southwest, this pattern starts when an area of high pressure, called a monsoon ridge, builds over the mountainous areas of Mexico and moves toward the western U.S.

In May and June, when the center of the ridge is directly overhead, the Southwest is very hot and dry. Monsoon rains begin when the warm, moist air moves into the region on the southern side of the ridge. The monsoon in Arizona officially begins June 15 and ends Sept. 30, with most rainfall usually occurring in July and August.

The monsoon has been vital to southwestern ecosystems for thousands of years. Many species have evolved and adapted to take advantage of monsoon rains. The first storms signal milkweed plants to bloom, attracting butterflies to lay their eggs. Great Plains toads and red-spotted tadpoles start their reproductive cycles in rain-filled puddles. Cactus fruits and insects provide food for hummingbirds, white-winged doves and many other birds and animals.

Floods in the desert

Monsoon thunderstorms occur when clouds develop over mountains during the day, producing rain in the afternoon and early evening. They create unique and severe dangers in the desert environment.

Flash flooding occurs when dry soil can’t quickly absorb short-lived, high-intensity downpours. Washes and arroyos – drainage channels that are dry except during heavy rainstorms – can turn into raging currents within minutes, strong enough to carry away cars and people.

Strong thunderstorms can generate microbursts – strong surface winds that gust near hurricane force. They may also trigger dust storms known as haboobs – giant walls of dust a mile or more high that reduce visibility to near zero.

The dry, gusty thunderstorms that herald the beginning of the monsoon can start and spread wildfires. One of these storms ignited the infamous Yarnell Hill Fire in June 2013, which killed 19 firefighters. Monsoon rains on fire burn scars can trigger mud and debris flows, compounding the initial wildfire damage.

This year’s record monsoon also brought benefits. It replenished local water supplies throughout Arizona, which is in an intensive long-term drought. In the Tucson Basin, the monsoon generated sustained flows in tributaries of the Santa Cruz River, which helped to recharge groundwater. Water reserves rose by 5% in reservoirs managed by the Salt River Project, which supplies water to more then 2 million people in central Arizona, at a time when others elsewhere in the West are dropping to record lows.

Monsoon rains also brought the Sonoran desert back to life, including areas where the 2020 Bighorn fire killed thousands of Saguaros.

The future of the monsoon

Forecasting the monsoon and how it may change is challenging. High-resolution atmospheric models that explicitly simulate individual thunderstorms, including our own regional modeling system at University of Arizona, have greatly improved daily weather forecasts in recent decades. But it is still virtually impossible to predict exactly when and where storms will occur on a given day.

If recent years are any indication, our region is already experiencing these effects, with record heat waves, larger and catastrophic wildfires, and a monsoon that is basically nonexistent one year, then produces record rainfall and severe weather the next. Such shifts are exacerbating people’s exposure to weather and climate extremes in the Southwest.

The big concern is whether a more extreme and erratic monsoon will cause an increase in threshold points of failure – for example, flood control infrastructure that collapses from intense rainfall, or wildfires so devastating that forests can’t recover. Clearly understanding these types of risk is critical to creating a more resilient and sustainable future for the Southwest.

[Over 110,000 readers rely on The Conversation’s newsletter to understand the world. Sign up today.]

This article is republished from The Conversation under a Creative Commons license. Read the original article.