Nutrient dense foods will have a ‘growing influence’ on innovation 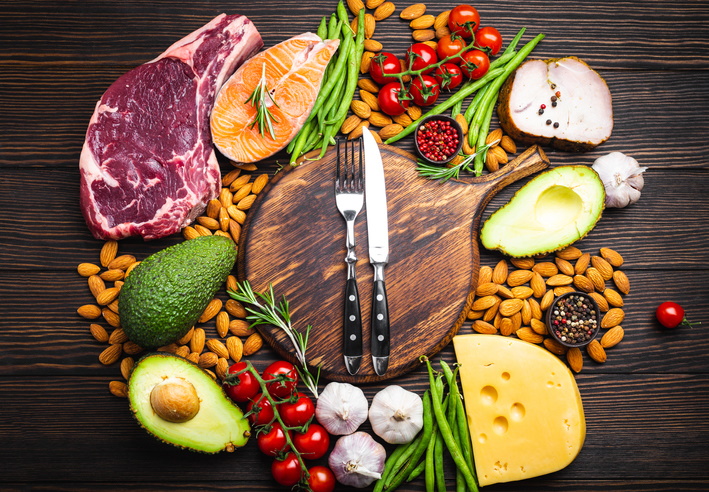 While the positive associations of foods that are considered nutrient dense are not new, New Nutrition Business director Julian Mellentin predicts that the idea is one that is coming of age. “The concept of foods being ‘nutrient-dense’ has been floating around for more than 20 years in nutrition circles, but it has moved on rapidly lately, legitimized by the term ‘nutrient density’ being used prominently in the new US Dietary Guidelines,”​ Mellentin noted.

“The concept has come onto companies’ radar screens and is emerging as a marketing term,”​ explained Mellentin. “For now, this concept is led by the US market – as new ideas so often are – but terms like ‘nutrient dense’ and ‘nutrient rich’ have obvious appeal to marketers and will spread more widely.”​

New Nutrition Business analysis suggests nutrient density has the potential to create value among the 25-30% of ‘most health-active’ consumers.

As the industry takes note of this emerging trend, the subject is expected to gain traction with consumers, said Mellentin who is the author of annual report 10 Key Trends in Food, Nutrition & Health​. According to New Nutrition Business’ yearly survey, which gauges consumer opinions across five countries, 12% of respondents had heard of nutrient density – a figure that rose to 21% in Spain.

What is nutrient dense food?

“One of the attractions of this terminology for marketers is that there is no single agreed definition, either in regulatory terms or in the mind of the consumer,”​ suggested Mellentin. “In practice, nutrient density is something that consumers learn about from social media and they can lean towards whichever definition they find most appealing.”​

Some consumers will lean towards plants, while others might seek out grains, dairy or meat – all of which can be considered nutrient dense. This ambiguity broadens the opportunity and with a trend driven by social media consumers can gravitate towards the understanding that suits them best.

But with trust in the food sector at an all-time low, is there a risk for food makers and marketers? That to describe something as nutritionally dense if it then doesn’t meet expectations could undermine credibility?

“Consumers do already follow their own beliefs, which may have nothing to do with science. That has been the reality for 10 years. Consumers will follow their own beliefs whatever industry or regulators think, because the internet is in charge. It’s one reason we have seen the rush to plant-based meat substitutes, which are mostly poor nutrition and are highly processed. But some people think they are a healthy choice. Mostly they are not,”​ Mellentin told us.

In this environment, to develop new products with sticking power, food innovators need to ensure that they are truly delivering on the promises they make, the consultant continued. “Responsible companies will decide to deliver products that are truly nutrient dense because that’s what the informed consumer wants. Honesty in marketing and NPD is a competitive advantage.”​

Tapping the trends: From ‘real’ food to sustainable production

Nutrient dense food sits at an intersection of various consumer trends that are driving the food sector today. Mellentin agreed trust is an issue for shoppers and suggested this is one of the factors driving interest in ‘real’ food, which is often juxtaposed with ultra-processed food.

“The lack of consumer trust is a good point and that is why we are seeing a resurgence in many countries of ‘real food’ and ingredients with provenance. The foods that are nutrient dense tend to be more aligned with ‘real foods’ so they will benefit from this shift,”​ he predicted.

Nutrient density links to other benefit platforms such as bioavailability and sustainability, through soil health and regenerative agriculture.

Companies are already educating consumers and using nutrient density in connection with sustainability and bioavailability as well as human health, the New Nutrition Business report noted.

Who stands to gain?

Nutrient dense foods aren’t necessarily things we’d associate with packaged or processed foods. The list tends to include minimally processed whole foods like nuts, salmon or kale. So how can product developers in CPGs leverage this in their product formulations?

“Lots of packaged foods already use the ingredients you mention – nuts, kale for example – which means they are at Step 1 on the road to nutrient density,”​ Mellentin responded.

He also highlighted new processing methods are being developed that allow companies to preserve more of the bioavailable nutrition in ingredients. “There are technologies emerging that result in packaged foods that have few ingredients and are also nutrient dense. Elmhurst Milked’s plant milks, for example, are a very good example of this, using just four ingredients with 10x the nutrition of other plant milks.​

“You can also make a packaged product nutrient dense by the combination of ingredients – nuts, seeds, avocado, certain whole grains, vegetables. It’s a big opportunity for creative R&D and it aligns with the consumer desire for ‘naturally functional’ that has been a driver of consumer choice for 20 years.”​

New Nutrition Business pointed to plant-based as one of the categories that could benefit most from innovation to develop nutrient dense products. Given the fragmentation of consumer beliefs about food and health, plant-based brands cannot assume that most consumers will continue to see plants as the most nutrient-dense option, and it will become necessary for them to incorporate the term into plant-based strategy and communications, the innovation consultancy noted. In this context, strategies to take ‘the simplest ingredients’ and maximize their nutrition are likely to resonate.

Meat and dairy categories could also see a positive lift from their association with nutrient density. “Most animal-source foods are considered nutrient dense alongside many plant-based foods, something consumers may not yet know but will learn as companies start to use the term on packaging and in consumer education. Marketers of animal-source foods are increasingly embracing the nutrient density concept, and are ahead of plant-based in working to build consumer awareness and create competitive advantage.”​

But the prospects for delivering nutrient dense foods aren’t restricted to these segments. “There are opportunities in every category where you can bring together appealing combinations of nutrient dense ingredients,”​ Mellentin concluded.