OMG! Rahul Vaidya REVEALS when he’ll have kids with Disha Parmar – deets inside 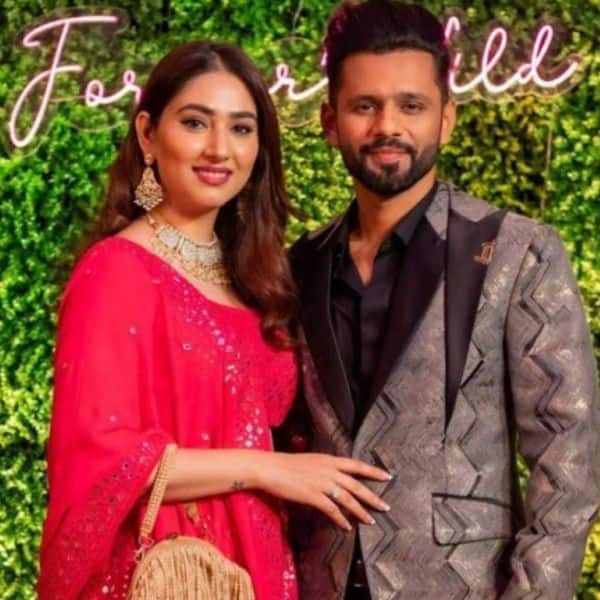 Bigg Boss 14 and Khatron Ke Khiladi 11 contestant Rahul Vaidya had an Ask Me Anything (AMA) session on Twitter recently. While he was asked about many things, one particular question about having kids with Disha Parmar caught our attention. A user asked Rahul, “When are you and @disha11parmar going to give us cute babies?? #AskRahul Hume bhi cute cute bachon ke bua ban na hai.” Rahul came up with a randomly hilarious reply and wrote, “Tomorrow.” Have a look at their interaction below: Also Read – Rahul Vaidya and Disha Parmar’s Kashmir ki Kali moment will leave you rooting for #DisHul – view pics

Meanwhile, his ladylove Disha also asked him a cute question and wrote, “When will you take me out for a date!??” Rahul replied, “I should ask u that!” followed by an angry emoji. Have a look: Also Read – Trending TV News Today: Anupamaa and Anuj Kapadia’s wedding pics go viral; Ridhi Dogra SLAMS Vishal Kotian’s comment on Raqesh Bapat-Shamita Shetty’s relationship and more

Rahul was in the news recently for receiving severe backlash over the mention of Shri Mogal Maa in Garbe Ki Raat song which also featured Nia Sharma. In a video, he said that he has made the song private and that his team will change the controversial lyrics of Mata Mogal and release the song again. “No one wants to deliberately offend anyone. But that doesn’t mean people can write whatever they want. Likh hum bhi sakte hain, bol hum bhi sakte hain, but we choose not to. Jai Mata Di,” Rahul had said. Also Read – TRP Report Week 43: Harshad Chopda’s entry gives a boost to Yeh Rishta Kya Kehlata Hai, Bigg Boss 15 struggles to enter the Top 5

Earlier, Rahul’s team had issued a statement which read, “Yes, it is true that these messages and calls have risen since last night. The messages are about getting Rahul Vaidya killed, beaten, even filing FIR against him or having him arrested. We’d like to clarify that the mention of the deity was respectfully done with no intention to hurt anyone’s sentiments. However, understanding that it hasn’t gone down too well with a certain section of people, we respect that and are working to get it rectified at our level.”

Stay tuned to BollywoodLife for the latest scoops and updates from Bollywood, Hollywood, South, TV and Web-Series.