‘One I’ll tell my kids about’: Gabriel Bemont’s touchdown catch with 1:39 left lifts Bartlett to 59-58 win against Streamwood 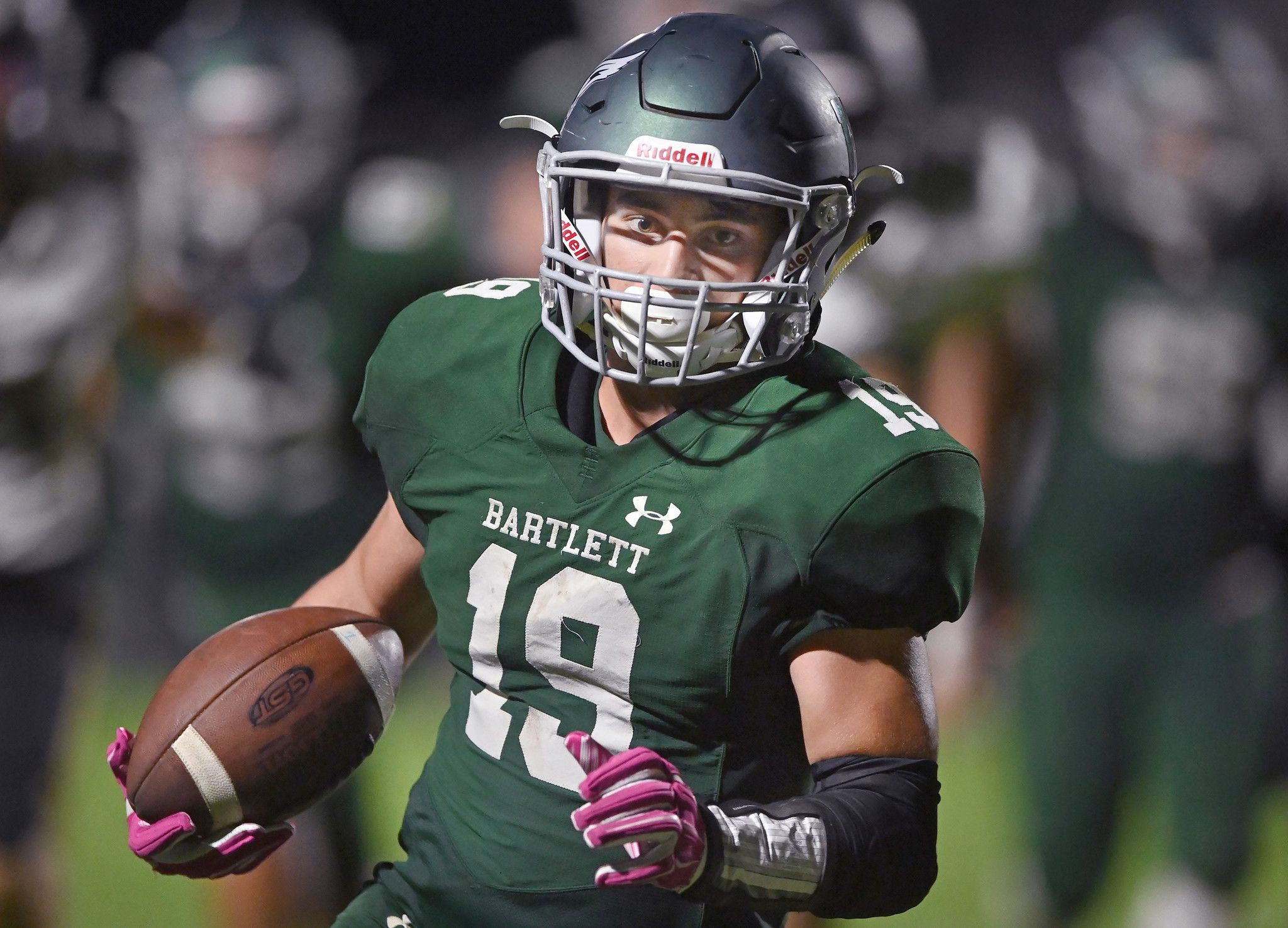 Thank you for supporting our journalism. This article is available exclusively for our subscribers, who help fund our work at the Chicago Tribune.

With the game on the line Friday, Bartlett senior receiver Gabriel Bemont had the perfect read.

Bemont saw the safety bite on a play fake and took off, and quarterback Jacob Scearce found him for a 34-yard touchdown with 1: 39 left to give Bartlett a wild 59-58 Upstate Eight win against Streamwood.

“We have a play that is designed for me to crack in and James (Knight) to go outside,” Bemont said. “Rarely do we ever do a crack pass. As soon as I saw the safety come up, I just split down the middle, and it was a great ball by Jacob and a touchdown.”

It was one of Scearce’s four touchdown passes in the second half. Three went to Bemont.

After recovering a Streamwood fumble, Bartlett faced a fourth-and-5. Knight broke off a 16-yard run to get the first down, and on the next play Scearce hit Bemont for what turned out to be the game-winner.

“It was just crazy because we were down and that play was amazing,” Scearce said. “The captains just told the guys to have faith in the team, keep your heads up. Senior year, to come back from two touchdowns, that’s something really to remember.”

Streamwood ran for 271 yards on 48 carries in the first half. But Bartlett held a 25-24 lead halftime largely due to special teams. Knight had an 83-yard kickoff return for a touchdown. On the ensuing kickoff, Streamwood coughed the ball up, and Jalen Davis took it 15 yards for another TD.

Bartlett ran just 15 offensive plays in the half and had possession for 14: 43 over the course of the game as Streamwood dominated the line of scrimmage offensively.

The Sabres ran for 526 yards and eight touchdowns on 79 carries, attempting only two passes. Michael Estrada and Isaac Martinez, who had four TDs, each ran for 225 yards.

“Our offense, everything for these guys, is meant to be a team effort,” Streamwood coach Keith McMaster said. “If you see our offense is running, our quarterback makes blocks. Everybody is part of the plays.”

Streamwood was aiming for its first win against Bartlett since 2002 but came up just short.

Knight wasn’t involved in the game-winning play for Bartlett, but he took advantage of his limited touches. He ran for 208 yards and three touchdowns on just six carries.

“He’s one of the fastest guys I’ve ever seen, and he’s an electric player,” Scearce said. “Everything he does is at full speed. He’s just really good.”

The two teams combined for 996 yards of offense. There were seven lead changes.

“This is one I’ll tell my kids about,” Bemont said.

Paul Johnson is a freelance reporter for The Beacon-News.