Rely on America? The Lessons for Asia as Biden Deserts Afghanistan 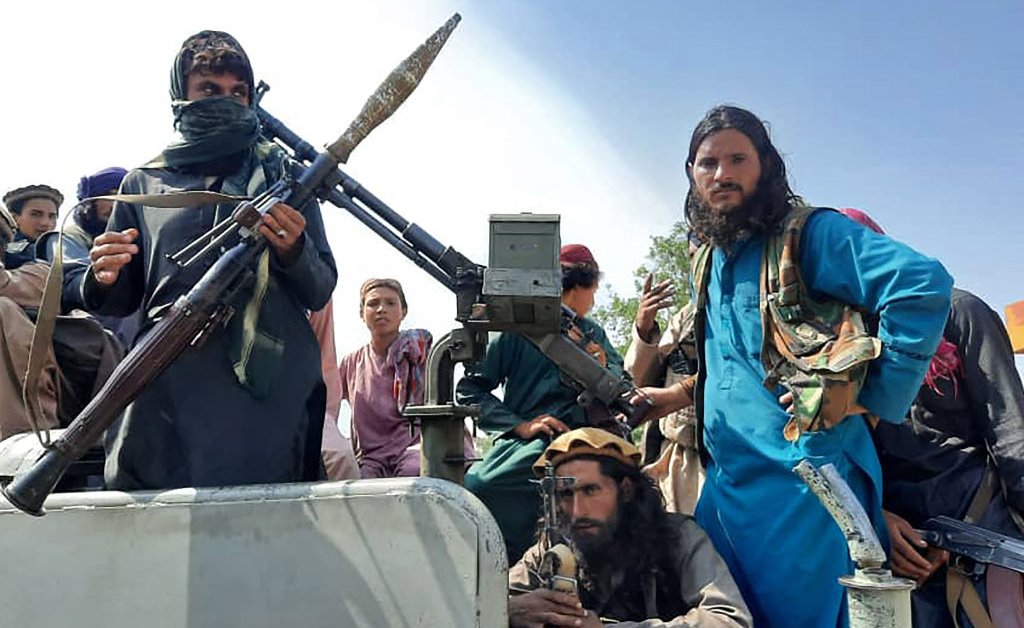 It was a hopeful January day as a new American President took over after four years of a roller coaster called Donald Trump.

“We will repair our alliances and engage with the world once again,” Joe Biden told an anxious world at his inaugural address, declaring the leader of the free world’s intent to lead once more. “We will lead not merely by the example of our power but by the power of our example. We will be a strong and trusted partner for peace, progress, and security.”

The days of Trump’s America First isolationism that had seen the U.S. reject a multilateral trade bloc, rip up old treaties, and insult allies, were over. America was back.

Nowhere was it more evident than in Asia. Relations with South Korea and Japan, both shaken by Trump’s demands to bring more money to the table, were quickly mended. The Biden administration reiterated its commitment to use military force to defend the interests of allies like Japan and Taiwan. A decade after Barack Obama first formulated the “Pivot to Asia” policy—shifting America’s historical focus away from Europe, Latin America and Middle East to the Indo-Pacific region in order to hem in China—Biden’s administration looked ready to take it up a notch.

Kurt Campbell, considered the architect of the strategy, was brought in as the Asia policy tsar with the title of Indo-Pacific Coordinator on the National Security Council. An informal alliance of four maritime democracies in the Asia-Pacific region—comprising the United States, Australia, Japan and India and called the Quadrilateral Security Dialogue, or “Quad”—was cemented after a decade of dithering. Within two months of taking over, Biden got the leaders of this supposedly “Asian Nato,” a bulwark against a rising and assertive China, to summit, virtually, for the first time.

Read more: Quad is Key to Biden’s Strategy in Asia, But the Four-Way Alliance Is Ambiguous and Contradictory

Not all Asia is equal, though, ordered as they are now according to their relevance to the project of containing China. Afghanistan and Afghan lives do not figure very highly in this new pecking order.

While Biden was revving up the Quad, he was simultaneously working on a full troop withdrawal from Afghanistan, continuing with Trump’s policy to exit what the Americans now call the “endless war.” Last year, Trump made a peace agreement with the Taliban. Not only was the Afghan government kept out of this deal, the U.S. even asked Kabul to release 5,000 Taliban prisoners to meet the Taliban’s conditions. The writing was pretty clear on the wall: Trump’s America had decided to throw the Afghan government under the bus and make peace with the same people it went to war with 20 years ago. If Afghanistan’s political elite saw hopes of a change of heart in Biden’s rise to power, they were quickly dashed.

By the time Biden met Afghan President Ashraf Ghani, six months after promising to “engage with the world once again,” America’s plans to withdraw from Afghanistan had been cast in stone—no matter what the consequences. But the U.S. was not abandoning Afghanistan, he reiterated, and let it be known that he was sending three million doses of vaccines to the country to help its people battle COVID-19. To stay alive till the Taliban come.

And now they have. After a breathtakingly swift advance in which province after province fell to them in rapid succession, the Taliban have now captured Kabul. The president has fled and the U.S. has evacuated its embassy. As is now evident, till the very last hour, the U.S. completely misread the speed and determination of the Taliban’s advance. The messy stampede for the exit by the “trusted partner for peace, progress, and security” has now undone all the gains its presence had achieved over two decades in Afghanistan.

The return of the Taliban means the revival of their primitive interpretation of religious laws and tribal culture, reversing years of progress in freedom of expression and human rights. In areas that they have captured, the Taliban have already shut down the media, issued orders prohibiting men from shaving their beards and women from stepping out without a male companion. Taliban fighters are going door-to-door, forcibly marrying girls as young as 12 and forcing women out of workplaces. This is why the UNHCR finds that 80% of the quarter of a million Afghans who have fled since the end of May as the Taliban advanced, are women and children. With the Taliban formally in charge of the country, there will be no place to run to.

Apart from Afghanistan itself, the return of the Taliban poses new security risks for the entire region. It marks the creation of a new hotbed of jihadi terror in the heart of Asia, drawing Islamist fighters from all over South and Southeast Asia, even raising the specter of an ISIS regrouping. The ISIS blitzkrieg also incidentally followed another catastrophic American withdrawal—from Iraq in 2011.

A U.S. military helicopter is pictured flying above the U.S. embassy in Kabul on August 15, 2021.

The danger of heightened jihadi activity in Afghanistan is particularly acute for the six countries bordering Afghanistan as well as the nearby region, including India and Southeast Asia that are home to vast numbers of Muslim populations, disaffected Muslim youths, and ongoing Islamic insurgencies, such as in Mindanao and Kashmir.

The governments of Malaysia, Indonesia and the Philippines—from where thousands of young men joined the ISIS—have already been on edge in anticipation of their return from Syria. No one knows how U.S. policymakers look at the world map, but these are Asian countries, too, and many of them are U.S. allies, who now find themselves exposed to far greater risk of jihadi radicalization. All because the world’s only superpower did not have the stamina to finish what it started.

India, whose blue water naval capacity, historical animosity with China, and giant market, make it a particularly important American ally in the region, is a glaring example of the risks of capricious U.S. policies. With no known direct access to the Taliban, India is among the many countries in the region least prepared for the change of guard in Kabul. Only, its situation is made infinitely worse by its running conflict with arch-foe Pakistan, which controls the Taliban. Not to mention the grave security risks the rise of a militant theocratic Muslim state in the neighborhood now poses to India’s Hindu nationalist government, with a manifest record of discrimination towards the country’s Muslim population.

These countries’ complete loss at the rapid turn in the region’s geopolitics highlights the dangers that American whimsy creates for allies. As in Vietnam and Iraq, Afghanistan again serves as a reminder of America’s capacity for mayhem with its ill-thought-out interventions and reckless retreats.

Curiously, America’s irresponsible abdication of Afghanistan comes at a time when it is trying to reassert its leadership in Asia and persuade countries in the region to pick a side in its great-power competition with China. The Chinese have been quick to seize on the debacle to spotlight America’s unreliability as a partner. “Mr. Blinken, where is your pet phrase? You don’t plan to announce to stand with the Afghan people?” tweeted Hu Xijin, editor-in-chief of state-controlled Global Times.

Beijing probably need not try so hard. The power of Biden’s Afghan example has made its work a lot easier.

Sign up for Inside TIME. Be the first to see the new cover of TIME and get our most compelling stories delivered straight to your inbox.

For your security, we’ve sent a confirmation email to the address you entered. Click the link to confirm your subscription and begin receiving our newsletters. If you don’t get the confirmation within 10 minutes, please check your spam folder.

The Traitor Robert E. Lee Finally Gets His Just Deserts