Supermarket food cougher claiming to have Covid sentenced to jail 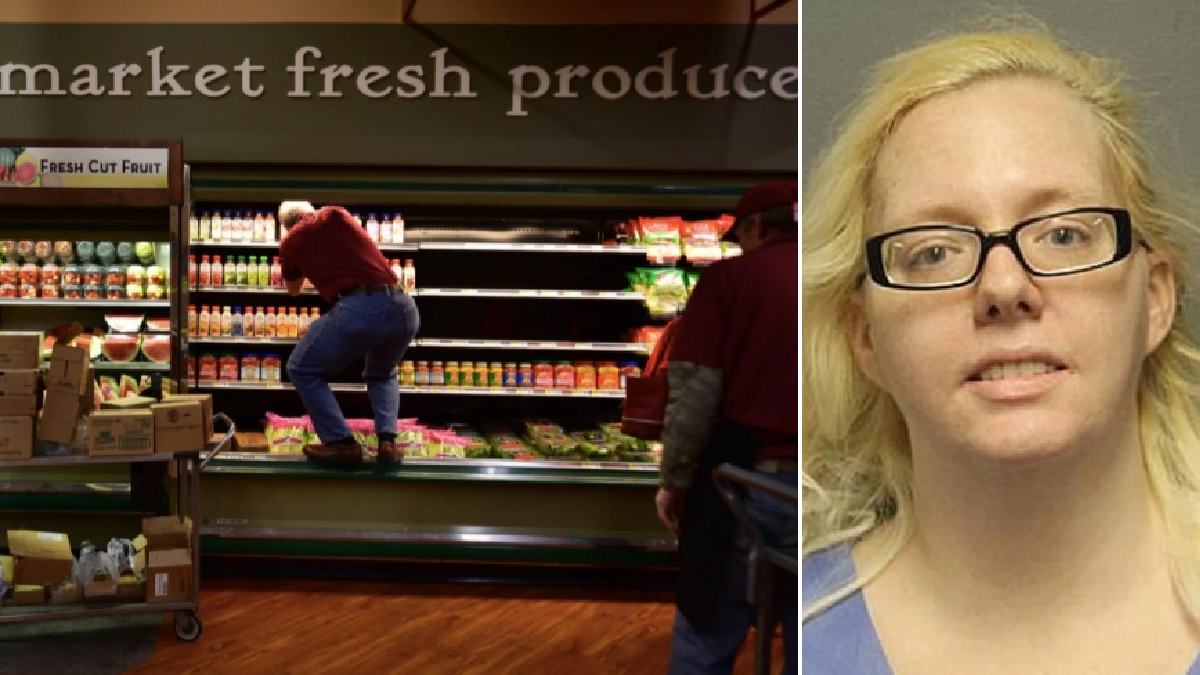 A woman who claimed to have the coronavirus and coughed on food at a supermarket apparently worth $35,000 has been sentenced to jail.

Margaret Ann Cirko, 37, pleaded guilty to a felony charge of making bomb threats in the March 2020 incident at Gerrity’s Supermarket in Pennsylvania.

Cirko coughed over fresh produce, meat and bakery items at the supermarket at Hanover Township near Wilkes-Barre while screaming: ‘I have the virus, now you are all going to get sick.’

She was making verbal threats that she was sick while intentionally coughing and spitting saliva/bile on food and other items, police said at the time.

Cirko repeated her behavior in several aisles and was ‘attempting to steal a 12-pack of beer as she was being ordered to leave the store by employees’, cops said.

The supermarket chain’s co-owner Joe Fasula claimed that he had to trash $35,000 in products. It was a ‘twisted prank’, Fasula said, but customers during the start of the pandemic were worried about contracting the virus.

In court on Tuesday, Cirko apologized.

She said: ‘I’m sorry for what I did that day. I wish I could take it back.’

During Cirko’s sentencing hearing, her lawyer said that she tested negative for Covid-19 and that she acted the way she did because she was drunk.

Cirko pleaded guilty to a weapons of mass destruction charge, which is a second-degree felony, in June.

In exchange for her plea to the felony charge, prosecutors dropped other charges including making terroristic threats, criminal mischief and disorderly conduct.

Cirko was sentenced to one to two years in prison as well as eight years of probation. She has been ordered to pay close to $30,000 in restitution and undergo a mental health evaluation.

For more stories like this, check our news page.

Get in touch with our news team by emailing us at webnews@metro.co.uk.

Get your need-to-know
latest news, feel-good stories, analysis and more