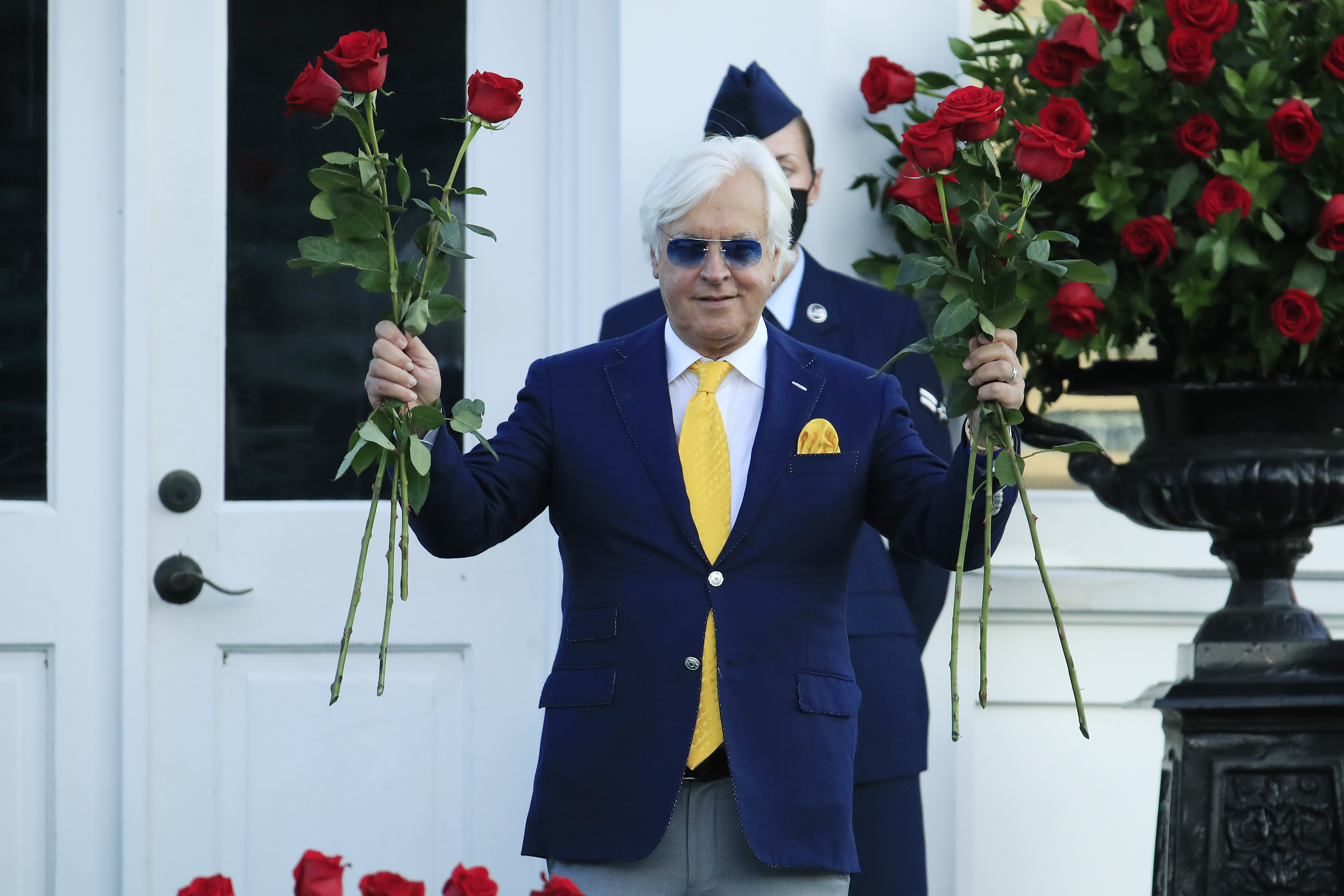 In 2021, anything can be turned into culture-war fodder. Republicans are hoarding Goya beans and Aunt Jemima syrup to own the libs. The Muppets have been canceled. Dr. Seuss and Mr. Potato Head, too. A Michelin-starred restaurant in Manhattan eliminating meat from its pricey menu? That, my friends, is cancel culture. The latest victim of cancel culture is a horse. After Kentucky Derby–winner Medina Spirit failed a drug test in advance of the Preakness, the second race in the Triple Crown (a.k.a. America’s most prestigious form of animal abuse), the horse’s trainer Bob Baffert went on Fox News to defend its honor. “We live in a different world now. This America’s different,” he said, calling the horse’s disqualification a “cancel culture kind of thing.” Nearly a half-dozen of Baffert’s horses have tested positive for banned substances in the last three years alone, including 2018 Triple Crown–winner, Justify. Baffert blamed that positive test on a weed that somehow got mixed into the horse’s food or bedding. Baffert blamed two of the other positive tests on a salonpas patch one of his trainers was wearing for back pain. In the case of Medina Spirit, he suggested that the positive test came after a groom peed on some hay after drinking cough syrup and then fed the horse the hay. Horse racing is famously corrupt and has a doping problem so bad that Congress got involved last year, but even by its abysmal standards, these are hilariously contrived excuses. That, of course, is how you end up invoking cancel culture. Baffert, who looks like an extra from Uncut Gems or a risqué Bob Barker, has nowhere else to turn. His horse hasn’t been disqualified because it was roided out but because powerful forces had aligned to silence it. Why was this horse being silenced? Baffert never quite explains it. Medina Spirit has not, to the best of my knowledge, been accused of any inappropriate behavior or problematic comments. He has not objected to critical race theory. He is just a horse, albeit one who seems to be on a fair amount of illegal substances. A day earlier, Baffert channeled Donald Trump. “Well, I’m worried about our sport. Our sport, you know, we’ve taken a lot of hits to the sport, and you know, this is pretty serious accusations here, but we’re gonna get to the bottom of it, find out,” he said in a press conference. “We know we didn’t do it, and that’s the thing. We didn’t have anything to do with this. I don’t know how it got in his system, if it was in his system, or a mistake. But we’re gonna get to the bottom of it.” This is perfect Trumpian rhetoric—the repetitions, the sentences that collapse in on themselves. I do not remember people speaking like this before Donald Trump, but now, it seems, every septuagenarian with a spray tan talks this way. Trump, in sad quasi-exile at Mar-a-Lago, also went to great lengths to turn a horse’s negative drug test into a metaphor. “So now even our Kentucky Derby winner, Medina Spirit, is a junky,” he wrote on his new blog. “This is emblematic of what is happening to our Country. The whole world is laughing at us as we go to hell on our Borders, our fake Presidential Election, and everywhere else!” It’s not really clear what the point of this is. Broadly speaking, it seems to be that, under Joe Biden, things are falling apart to such an extent that even the horses are drug addicts. There is a suggestion that the drugs Medina Spirit took came from Mexico and, presumably, would have been stopped by Trump’s border wall, even though it’s still there. The whole thing reads like an attempt at a Borscht Belt joke—even the horses are drug addicts now!—but instead there is a strained effort to turn it into a political issue. Even the horses are drug addicts now—and it really is a shame. If only Mike Pence and Mitch McConnell had stepped up and overturned the election, then the world would once again be admiring our horses, the way it used to. This is the culture war now. It just jumps from issue to issue, from a plastic toy potato to a big fast horse. Perpetuating the war is the most important issue on the right, but there is so little effort being put into generating these controversies that they barely even make sense anymore.
Read More

Affected Development: Will Kids Ever Recover from Isolation?

The Kids Are Reimagining International Solidarity

Kids are learning more about residential schools than their parents, but experts say it can't be a 'one-off'