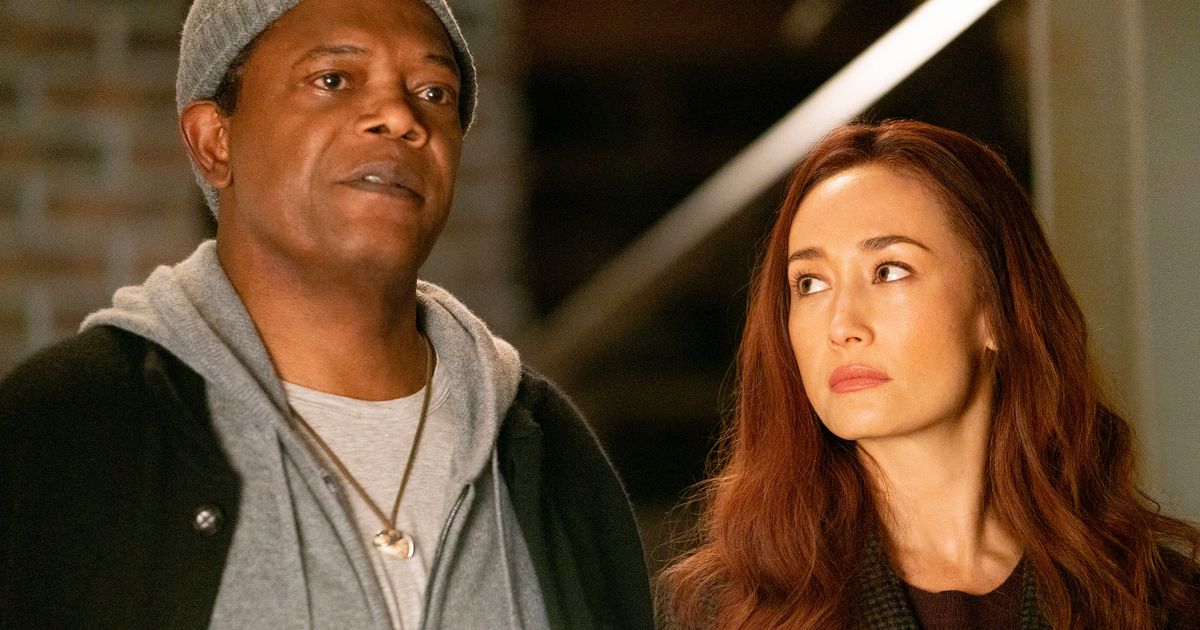 Martin Campbell made three of the great tentpole action films of the past 30 years — GoldenEye, Casino Royale, and The Mask of Zorro — along with several other pretty good ones, so any new release from him should be worth celebrating. And The Protégé feels right for his talents: It’s a revenge movie with tons of hand-to-hand combat and gunplay, filled with the kind of stunt-driven, cleanly directed mayhem that has been his forte for most of his career.

So why does the movie so often fall so flat? The story, while thoroughly generic, seems to have enough emotional juice to keep us interested. Anna (Maggie Q) is an expert international tracker and assassin who works with fellow killer Moody Dutton (Samuel L. Jackson), the man who saved her from a massacre in Vietnam in the early 1990s back when she was a child. Now, they run their business out of London, using an antiquarian bookstore (one of Anna’s passions) as a front. One day, Moody, who already appears to be terminally ill with some kind of unnamed movie ailment that keeps him coughing, is slaughtered by a group of gunmen.

Suspecting that the cause of the hit was Moody’s researching the whereabouts of the child of a man he killed many years ago, Anna heads back to Vietnam to track down the culprits, who may or may not be associated with an international arms dealer and power broker based in Da Nang. She hooks up with some old friends who run a biker gang and revisits the places of her past. Among the people she’s looking for: the fast-talking Rembrandt (Michael Keaton), her mysterious quarry’s murderous chief henchman, and with whom she establishes a supposedly quick-witted, cat-and-mouse rapport.

The script, by Richard Wenk (The Equalizer 2, The Expendables 2, Jack Reacher 2) is basically an action-movie mad lib, but Campbell manages to invest it with some atmosphere. For years, Anna has refused to return to Vietnam, and the glittering, modern cityscape she’s confronted with seems like a far cry from the Da Nang she once knew. And as she travels further on her journey of revenge, we also understand that she’ll eventually confront her own traumatic backstory, which we keep glimpsing in brief flashes. Campbell knows that we don’t go to such movies to be moved; we go to them to watch people break each other’s necks. When I interviewed him last year, however, he also made it clear that “the emotional spine” of these stories and the vibrancy of the characterizations were the things that would distinguish them. (The Mask of Zorro, he recalled, needed a major rewrite just to add character development and humor.)

Which is why The Protégé’s failures on those levels are so dispiriting, because for all the predictability of the film’s story, the template is there for something emotionally engaging. Unfortunately, promising subplots are left unpursued, while character notes hang pointlessly in the air. As Anna attempted to track down the villain’s son, I got the sense that maybe the film was trying to set up a parallel between the two of them — the young girl who was saved from a legacy of violence, and the young boy who wasn’t — but it was so subtle as to be barely noticeable. Or maybe I just made it up, because otherwise the subplot would have felt meaningless.

It doesn’t help that Anna is presented throughout as a cool killing machine — rarely breaking a sweat, even in her most desperate moments — which often makes it hard to connect with her grief and rage. Keaton’s Rembrandt, meanwhile, is thoroughly one-note, maintaining his slick, ironic, motormouth shtick no matter what, making him seem like minor bad-guy cannon fodder who’s been elevated to the level of a featured player, as if the production couldn’t pay for the actor to add extra dimensions to the character. The back-and-forth between Rembrandt and Anna — alternately confrontational and chummy, with a good dose of what’s supposed to be sexual tension — might have worked had it been sharply written, but the script rarely rises above the level of dispiriting clichés: “Looks like I’m a day late.” “And a dollar short.” “Sang like a bird, did he?” “Oh, the things I know now. I know who your boss is.” “He’s a big fish.” “More fun when you hook ‘em.” And so on. This doesn’t even count as trying.

That said, the action scenes are mostly well handled and creative. Maggie Q, a veteran of many a shoot-’em-up, moves perfectly for fights and chases. She’s quick, and just graceful enough to convey expertise without lapsing into deliberate, dancerly phoniness; we buy every punch, kick, leap, fall, head-shot, neck-snap, and strangulation as a thing that’s happening at that very moment and not a thing that’s been rehearsed for weeks prior. That takes genuine skill, and it’s hard not to feel like that’s where most of the creative energies of the filmmakers went, with little left for all the other important stuff.

Still, so long as nobody is talking, The Protégé has an easygoing fluidity. Early on, during a couple of wordless passages when Anna tried to piece together what happened to Moody, I marveled at the simplicity with which Campbell conveyed crucial story information without anyone having to open their mouths. It suggests that he understands where the film’s – and his – strengths lie. Unfortunately, for every scene in which The Protégé seems to know exactly what it is, there’s one in which it seems to think it’s a lot smarter than it is. Given the level of talent involved, that has to count as a disappointment.