The Shape I’m In 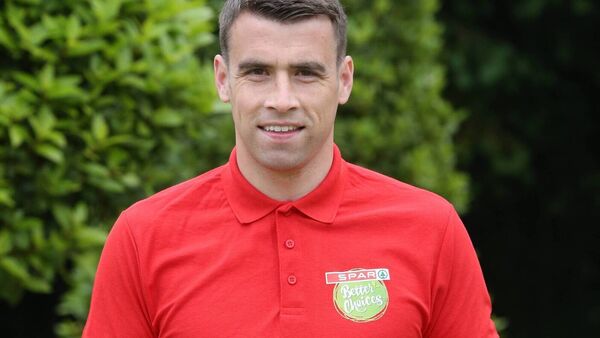 Republic of Ireland captain Séamus Coleman rings at 5pm as promised. The initial plan was to call when he arrived home in Killybegs but, rather than be late, he pulled into Donegal town to make the call on time.

Every minute must count in his packed life. The family is home for the summer, travelling from Liverpool — he is also Everton captain — with a new baby on board. Born three months ago, Blake has two older sisters, Lilly, five, and Ellie, three.

Did he and his wife Rachel, also from Killybegs, know they were due to have a boy?

“We didn’t know. There are not many surprises in life, so we kept it a surprise,” says the 32-year-old.

It’s been a year since they’ve visited Donegal “due to all the Covid stuff”.

“It’s great to get home. And it’s been nice for our parents to get to spend time with the grandkids because they just adore them.

“The children will find it hard to go back to England. Because they’re having such a great time – the beaches and the family.”

Becoming a father hasn’t changed him, he says. “I always say my life summed up is family first, football second. I’m quite plain and simple.”

Chances are there’s little time for anything else.

What shape are you in?

I’ve been running over the summer so at the moment I feel I’m in good shape. I’ve different stuff going on every day but I get out for a long run — maybe five or 10k — every second day when I’m home and then do the football stuff – such as short twisting and turning and sprint – in between as well.

What are your healthiest eating habits?

In general we’re quite healthy just because of the job I’m in. The best part of the day for me is a good breakfast, whether it would be some scrambled egg or some frites. I think breakfast is important especially in the morning before training.

What is your guilty pleasure?

When I get to Ireland, I like a plain Dairy Milk chocolate bar and a cup of tea.

What would keep you awake at night?

I am very fortunate in my life.

There’s nothing that would keep me awake bar the kids getting up a few times a night but that would be about it.

What do you do to relax?

Probably get the kids to bed. Get a cup of tea and maybe, because I’m a football geek, either watch a game of football on the TV or something on Netflix if something catches my eye.

Do you have any sporting heroes?

Growing up, supporting Ireland and wanting to play for Ireland, Roy Keane would have been one of my sporting heroes.

Have you got a favourite smell?

Fintra beach near Killybegs — there’s just a different kind of feel to the air when you get home.

Is there anything you’d like to change about your appearance?

I think we all should be happy in ourselves. We’re living in a world now where young girls especially see people on TV and think they need to be like this person or that person. We are all unique in ourselves, so no, I wouldn’t have anything to change.

When was the last time you cried?

Not that long ago. I cried at the birth of each of my kids.

I’m very intentional in terms of my job and that is hard to switch off.

I do. We try to go to church when we can. Obviously the last year with Covid that hasn’t been great. I’ve been brought up to pray and go to church like all the rest. I’m Catholic.

What would cheer up your day?

Just seeing the kids happy. Seeing them completing some kind of task throughout today and seeing the joy in their faces. Little things like that.

What quote inspires you?

I get inspiration from within rather than from quotes. I’m just a massive believer in if you give what you are doing 100% you can be successful. It doesn’t matter how many years I’ve played, every day is like a new day to impress the manager or your teammates. I constantly want to keep working hard.

Where is your favourite place in the world?

Back home in Killybegs, Fintra beach.