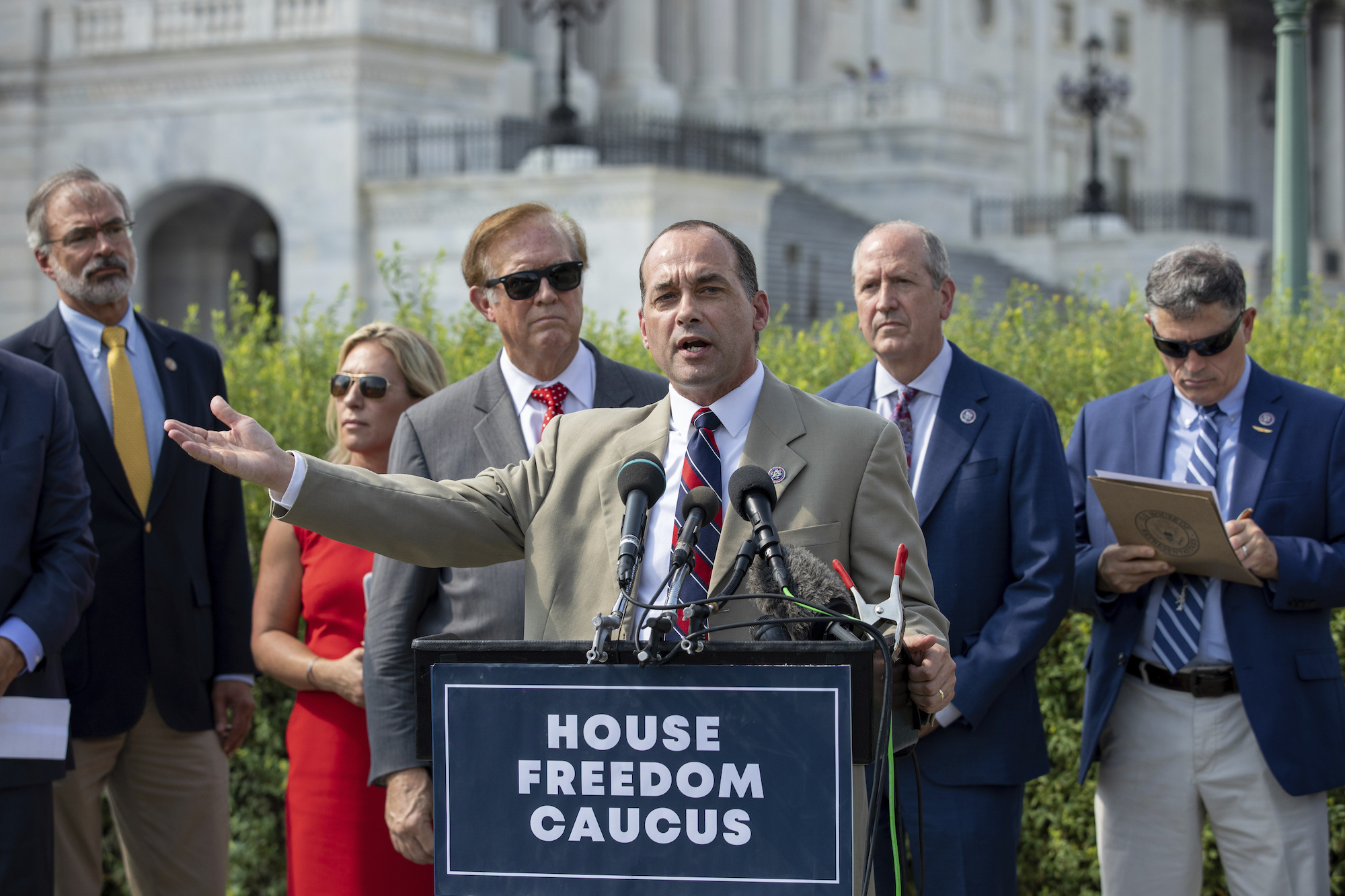 What could have been a simple high school government lecture on civic duty and participation from a local congressman instead became a Covid-19 misinformation fest worthy of a primetime slot on Fox News. Congressman Bob Good (R-Va.) encouraged a group of high school students to defy a statewide school mask mandate, and he spread lies about vaccines and how the virus spreads, the Rappahannock News reported.

“If nobody in Rappahannock complies [with the mask mandate], they can’t stop everyone,” Good told a Rappahannock County High School government class of approximately 20 students this week. “If I was ya’ll, I’d say none of ya’ll wear a mask. What are they gonna do? They’re still going to have school.”

Masking is mandatory for all Virginia students, teachers, staff and visitors in K-12 schools, regardless of vaccination status, per a public health order issued by the state’s department of health. But if they acted en masse, Good told the students, they might be able to get away with it because the school “can’t stop everyone.”

Justifying his position, Good said that no scientific evidence exists to prove that masks prevent the spread of Covid-19, and he claimed President Joe Biden and Virginia Democratic Gov. Ralph Northam are “lying to us about the effectiveness of masks.” (There is, in fact, plenty of data showing schools with mask mandates see fewer cases of Covid-19.)

Good’s timing in encouraging students to unmask is not great, as Rappahannock County schools have been experiencing a recent spike in Covid cases. Twelve students and two staffers had the virus as of Monday, and another 56 students and staff members were under quarantine. Good’s office didn’t immediately respond to a request for comment from Rolling Stone regarding his remarks.

“Being able to expose students to different worldviews is important on both sides,” he told the Rappahannock News. “We don’t endorse one way or the other.”

The county superintendent, Dr. Shannon Grimsley, said in a statement to the News that Good’s address “was within the context of a small group of government students. Students were able to ask questions and see how one elected official viewed some of the current issues.” Good was invited to speak by the class’ teacher, Tim Stockdale.

“The students, under the carefully propitious and contemplative tutelage of Mr. Stockdale, were then able to unpack the ideas and insights of the Congressman against the backdrop of current laws, processes, and complexities that exist among the different levels of government,” Grimsley said.

In addition to Covid misinformation, Good spewed anti-abortion “life begins at conception” views, saying he would like to end abortion everywhere, and warned the students about non-faith-based colleges and universities that he said are “dominated by the left” and “try and change what you believe.” He also railed against Critical Race Theory, which the paper reported is not taught in Rappahannock Schools. Regardless, Good said he wants video cameras in classrooms so parents can monitor what is being taught.

Good is so staunch in his refusal to follow evidence-based public health guidance that he forced a last-minute venue change. The talk was originally scheduled to take place in the school’s auditorium, but Good refused to wear a mask, so it was relocated to the football stadium instead.