Weidman: I’ve had 23 surgeries, but this is the most traumatic thing ever 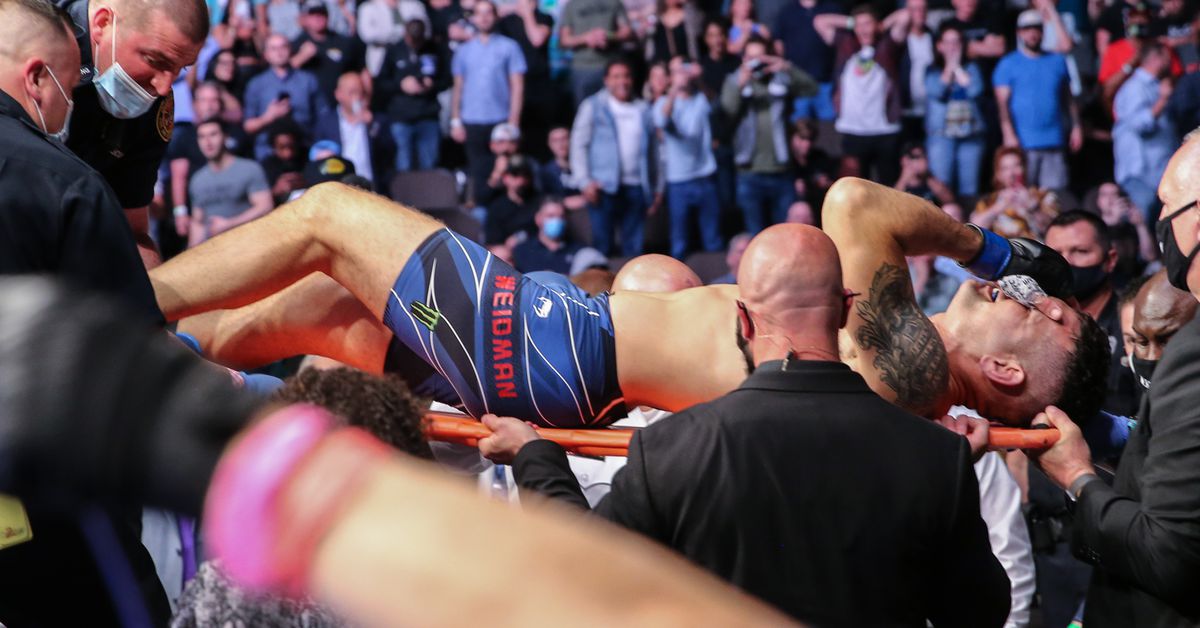 Chris Weidman has detailed the fracture he suffered against Uriah Hall at UFC 261. Chris Weidman has opened up about the horrific leg break he suffered at UFC 261 against Uriah Hall.
Weidman broke his leg after throwing a kick against Hall just 17-seconds into their fight at UFC 261 last weekend. The former middleweight champion said paramedics were struggling to find a pulse in his foot whilst being transported to the hospital and that’s when he began to fear the worst.
“Honestly, I remember thinking even if they have to cut off my leg and give me a prosthetic leg, I’ll be able to still do things with my kids,” Weidman said on Instagram (HT: MMA Fighting). “I started thinking of positive things out of the whole thing.”
“I’ve had 23 surgeries in my life. I’ve been through a lot of ups and downs but I will say this is the most traumatic and most painful thing I’ve ever been through. I know it’s going to take a long time. It’s really tough for me.”
Originally, Weidman thought the kick had hurt Hall and his opponent was pulling a good poker face to disguise the pain. It was only until Weidman put his foot back down on the canvas that he would realise the extent of his injury.
“As I put my foot down, I don’t remember putting my foot down and feeling any of the pain or anything like that cause I was still focused on letting him know that I was good. I guess as my leg snapped underneath me, I happened to look down and when I see my leg look like rubber, that’s when I think I just went into a crazy, weird spot. I went face down and it was like a nightmare. In my head I’m like there’s no way that was my leg. There’s no way I was just looking at my leg and my leg was looking like that.”
After having a titanium rod placed in his leg during surgery, Weidman is confident he can make a full recovery to eventually fight again.
Read More